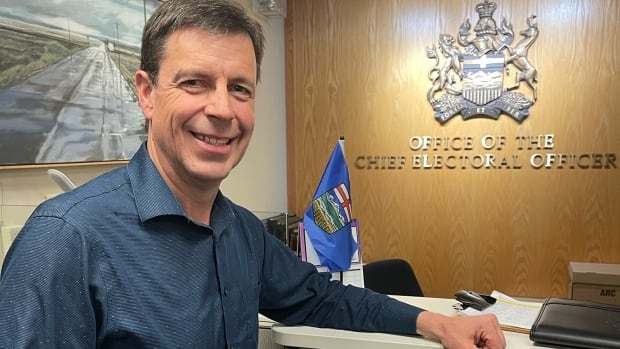 There are now four candidates who have officially put their names in the mix to be Alberta’s next premier.

Travis Toews was the first to officially announce his candidacy. The province’s finance minister resigned from cabinet to launch his campaign. Danielle Smith and Brian Jean, two former leaders of the Wildrose Party, are also in the running. Both had previously announced their intention to run but have now officially signed up.

On Wednesday, Independent MP for Central Peace-Notley Todd Loewen is the latest to announce his candidacy.

Loewen was kicked out of the United Conservative Party caucus in May 2021, following allegations that he and MP Drew Barnes split the party and undermined government leadership.

Loewen said too many politicians are “talking and not doing”

“I think there is an opportunity to have politicians who act and do what they say they are going to do,” he said.

Loewen said he wanted to change the UCP’s leadership style to foster a “more collaborative style”.

“We have seen MPs ignored in the past,” he explained.

“MPs are there to represent their constituents. They’re elected to do that. We have to … work together and make everyone around the table listen and make the decisions that are best for all Albertans.”

Several other candidates are considering running to replace Premier Jason Kenney, who announced his resignation last month after scoring 51.4% in a party leadership review. Kenney plans to remain prime minister until a new UCP leader is chosen.

The UCP has not announced rules or fees for the upcoming leadership contest. The party has selected 12 people to sit on a committee to establish rules for choosing a new leader.

Will the Liberals’ handgun crackdown spur interest in the Conservative leadership race?