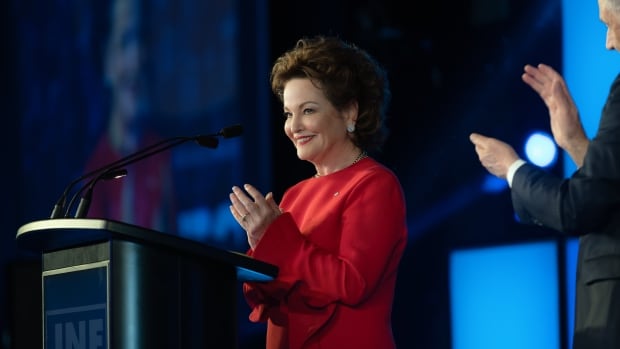 “There has never been a leader like her. She is once in a lifetime,” said Rafi Yablonsky, national executive director of the Canadian Shaare Zedek Hospital Foundation.

“Every organization of the Jewish community in Toronto has involved her.”.

She has often said that her life of saying yes began when she was a young mother and answered a call from her children’s school asking for her help with an outreach program.

From leadership positions with the United Jewish Appeal (UJA) to serving as a trustee at York University, she has said yes to commitments big and small, lending a helping hand in Canada and abroad. She played a pivotal role in Operation Exodus, helping to immigrate hundreds and thousands of Jews from the former Soviet Union to Israel in the 1990s.

She shared the speeches she gave over the years at philanthropic events in her 2010 book, It is My Privilege.

“She was a very unusual philanthropist in that she gave of her time and talent,” said Linda Frum, president of the UJA Federation of Greater Toronto.

She was still attending events, but meaningful moments often came in the moments in between.

“She was enthusiastic in her support and praise,” Frum said.

Frum says when she accomplished something in her own life, like hosting an event or giving a big speech, it was usually followed by a thoughtful email from Koschitzky.

“That’s what really set her apart from other leaders. She was so humble. She was always concerned about other people. And she loved nurturing everyone around her,” Frum said.

“You can’t have given so much good in your life and be easily forgotten.”

Along with her husband, Koschitzky founded the Julia and Henry Koschitzky Center for Jewish Education, which provides tuition assistance to attend Jewish schools and promotes other educational opportunities.

Yablonsky has experienced the impact of the organization first hand.

“If it weren’t for the education center that helped my parents pay for my school fees and those of my siblings, I wouldn’t be sitting here today,” he said. .

Koschitzky was named a Member of the Order of Canada in 2015 for her dedication to interfaith dialogue and education.

She also received the Province of Ontario Volunteer Service Award in 1999, as well as numerous other awards from Jewish organizations in Canada and Israel.

Koschitzky would accept any invitation if it would help elevate an event that needed support and would gladly add her name to new initiatives or organizations that could use a boost, she said.

If she received an award, she would use that honor to bring people into the fold of an organization, she said, sometimes even suggesting other women who should be honored.

To always say yes, to give back and to uplift others, “we could all do better in our lives if we emulate this,” said Benzacar Savatti.

Harm reduction for ‘devastated’ Prairies to be excluded from provincial budget