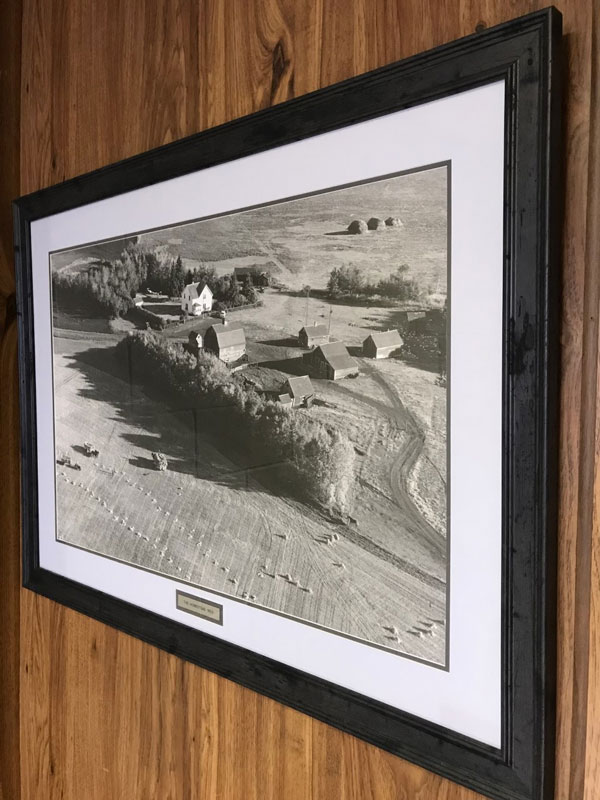 The Prince Albert Museum plans to offer visitors a unique chance to find memorabilia and family history next week.

Homestead Aerial Photo will be at the Museum on July 13 and 14 with their aerial photos which can be keepsakes or gifts for the family. Kim Bessette of Homestead Aerial said the photos date from 1953 to 2000 and cover all of the prairie provinces.

“It’s a chance for people to be able to go back and find the original aerial photos of those farms they grew up on,” Bessette said.

The photos were taken without flight restrictions so the detail is excellent and shows daily life on the farm. Bessette said the photos often become a piece of family history.

“A lot of people don’t realize the old photos are still available because they were all taken to spec,” he explained. “You didn’t know when they were flying over to photograph it.”

Visitors can also locate stock photos of places such as cities, churches, and businesses.

After taking the photos, vendors in the 1950s and 1960s would then attempt to return to the farm in the winter to make sales. Unfortunately, not all of them arrived.

“I see all kinds of reports on the back of the prints: ‘impossible to pass, roads are blocked, full of snow’,” Bessette explained. “There were all sorts of reasons these photos never sold and people never found out.”

Homestead Aerial Photo plans to provide physical evidence when they were in Prince Albert. Bessette said the visit allows people to do research.

“It’s a chance for people to go through the library, give us the location of their land, and then I’ll have a map of all the areas where these farms are,” he said. “They have to show me on a map where the farm was and then that’s a proof pack that’s basically 40 shots of the farm. Then I’ll give it to the client and he just has to go through it and find his farm. Of course, they go to see all their neighbors.

People can also bring driving directions from the nearest small town to locate the farm.

“If you don’t know the legal (title), it’s not a big deal,” Bessette said. “We just need to reduce it to the map where the farm was.”

“Some people will come see us there, but if you’re not going there to look at farm equipment, it’s a much easier event to come and see the pictures, especially if you’re a senior,” a- he declared.

Bessette explained that sometimes the target audience is expected to be older people, but in reality, everyone is usually interested. Bessette set the example of being at Canada‘s Farm Show in Regina where there were customers in their late teens and early twenties looking for pictures of their family farms.

“Which is good, it’s nice to see that the interest is there, regardless of age group,” Bessette said.

Older photos were colorized by hand when enlarged after originally being printed in black and white.

“The vendor would sit down and put a number on all the buildings that would match a certain color,” he explained. “Then they had this room of women in Edmonton in the 50s who would paint these images before they were shipped.”

He added that if anyone remembers an aerial photo of a relative’s house, they could probably help you locate it for a reproduction. All people need is proof of the location of the land and Bessette and her team can locate the photo in the archives.

“People who maybe live in Prince Albert, maybe the husband or the wife is from a farm in Manitoba or maybe from a farm in Alberta. They may be from a farm near Eastend or Maple Creek. Some of these things we will have with us. We physically cannot bring the entire library because it contains well over a million images,” Bessette said.

He added that the cross-section of photos in Prince Albert would be large due to the number of customers from everywhere they expect.

“It’s just a little piece of family history, I guess, for people to come and see,” he said.