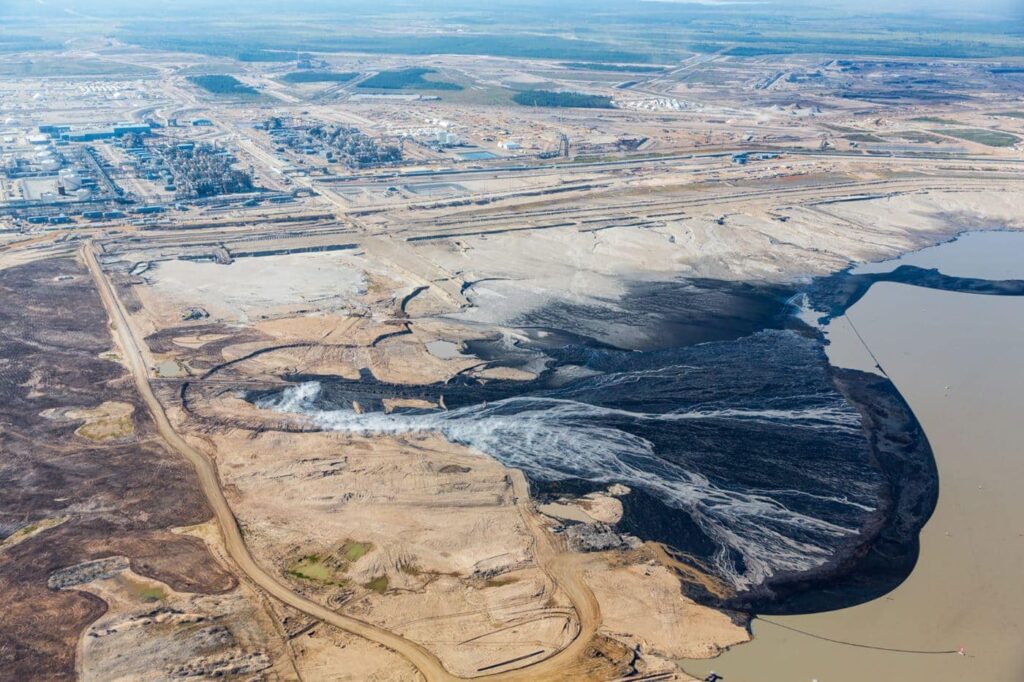 Alberta hired law firm to collect oil sands debts, but details are being kept under wraps

In the past five years, at least 19 invoices totaling about $ 3.27 million have gone unpaid, according to documents released in connection with an access to information request.

The provincial government is supposed to collect the fees as part of a joint program with the federal government to monitor the environmental impacts of oil sands development. The program was created in 2012 in response to international criticism of the lack of monitoring of the Alberta oil field, which contains the world’s third largest reserve of crude oil after Saudi Arabia and Venezuela, according to the government. Canadian.

Receive the Narwhal delivered to your inbox!

People always tell us they love our newsletter. Find out with a weekly dose of our independent, ad-free journalism

“How come they don’t take the license away from those who don’t pay their fair share?” He asked in an interview with The Narwhal.

“They’ve gotten away with this for too long,” he said of the companies.

In the spring of 2020, there was another example of what Adam described as weak industrial surveillance. At that time, he criticized the Alberta government for temporarily weakening environmental regulations for all oil and gas companies after the industry called for relief during the coronavirus pandemic.

Details about unpaid fees and debt collection contracts are shrouded in secrecy.

There was no tender or public tender for any of the three contracts Alberta awarded to Witten LLP, the law firm hired to collect the unpaid fees, according to a provincial website that lists sole-source contracts. Each fee collection contract was worth $ 35,000. The provincial Department of Justice awarded the first two contracts to the law firm in March 2020 and it awarded a third contract to Witten LLP in March 2021.

Under the Environmental Protection and Enhancement Act, oil sands operators are billed and pay an annual fund of about $ 50 million that covers the costs of environmental monitoring. In addition to the loosely defined parameters for debt collection, the law states that non-payment within 45 days of assessment means that companies face a 20 percent penalty which could be waived by the minister.

Narwhal was unable to determine if a business was facing a penalty for unpaid fees. The Alberta Department of Environment and Parks, which oversees environmental monitoring of the oil sands in conjunction with Environment and Climate Change Canada, did not respond to repeated emails and phone calls seeking comment. The Federal Ministry responded to The Narwhal but declined to comment.

About 50 different companies were billed as part of the monitoring program between 2016 and 2021, according to documents obtained by The Narwhal. Alberta has censored individual amounts billed and owed and it’s unclear which companies are in bad shape.

Alberta has also refused to release copies of its contract (s) with Witten LLP, in response to separate requests under access to information legislation, even censoring details of contracts published on its list. issued sole-source contracts.

Witten LLP also did not respond to emails and phone messages requesting comment.

Official Opposition Environment Critic Marlin Schmidt said he did not think the government was doing enough to hold operators to account.

“The government, I don’t think, is pursuing these bill collections wholeheartedly,” said Schmidt, a groundwater contamination scientist who now represents the provincial riding of Edmonton-Gold Bar to the NDP.

“I think the tools are there, it’s just that the government has to show a willingness to use them.”

While the public list of provincial sole-source contracts did not identify companies past due in 2020, a third contract awarded to Witten LLP in March 2021 singled out Surmont Energy for not paying its fees.

Surmont Energy is an in situ operation headquartered in Calgary. In an email to The Narwhal, the company’s interim CEO Rick Orman wrote that when he took the helm in April 2021, he “immediately began discussions … to make arrangements to pay the fees. unpaid “.

Orman added that Surmont reached an agreement in September with administrators of the monitoring program “to the satisfaction of both parties,” but he did not disclose details.

Orman previously served on Surmont’s board of directors, but did not respond to whether the board should have known about the unpaid fees.

The annual budget for the surveillance program has been reduced amid the pandemic from about $ 50 million to $ 44 million for 2020-2021. The Canadian Press reported that much of the reduction was due to pandemic restrictions that resulted in a shortened fieldwork season. For 2020-2021, governments have agreed that there will be no monitoring of the main branch of the Athabasca River, even if the province considers discharging water from tailings ponds filled with industry chemicals.

Two scientists who contributed to the oil sands monitoring program in its early stages echoed the concerns of Adam of the Athabasca Chipewyan First Nation about unpaid fees. They suggested that not collecting the fees is a sign that the industry has too much control over the program.

Air quality management consultant David Spink was involved in some of the program design discussions shortly after retiring from a civil servant position with the Alberta Department of the Environment. He said he had some trepidation about business involvement early on.

“Of course we need the industry at the table,” Spink said in an interview. “I think they should be there because we need their perspective.

Jeff Brook, a former Environment Canada scientist, suggested in a separate interview that the program has prioritized efforts to strengthen the industry’s public image over improving environmental monitoring. He added: “It just seems a little ridiculous” to take a hat off to industry to make sure governments can protect the environment.

Banner:
The Alberta government is supposed to collect oil sands debts as part of a joint program with the federal government, but it is criticized for its lack of oversight.

And since you are here, we have a favor to ask of you. Our independent, ad-free journalism is made possible because the people who enjoy our work also support it (did we mention that our stories are free for everyone, not just those who can afford to pay?).

As a not-for-profit, reader-funded news organization, our goal isn’t to sell advertising or appeal to corporate bigwigs – it’s to bring information to the surface and evidence-based analysis for all Canadians. And at a time when most news agencies have fired journalists, we have hired five journalists in the past year.

Not only do we fill a void in environmental coverage, but we also tell stories differently – by centering Indigenous voices, building community, and doing all of this as a people-fueled nonprofit outlet. and supported by over 3,500 members.

The truth is, we wouldn’t be here without you. Each of you who read and share our articles is a crucial part of building a new model of Canadian journalism that puts people before profit.

We know that the world’s problems can seem overwhelming these days. It’s easy to feel that what we do doesn’t make a difference, but becoming a member of The Narwhal is a small way to really can make a difference.

If you think news agencies should be accountable to their readers, not advertisers or shareholders, please become a monthly member of The Narwhal today for any amount you can afford.

With restrictions on family gatherings, families may be faced with difficult conversations during Thanksgiving with family members who are not vaccinated.