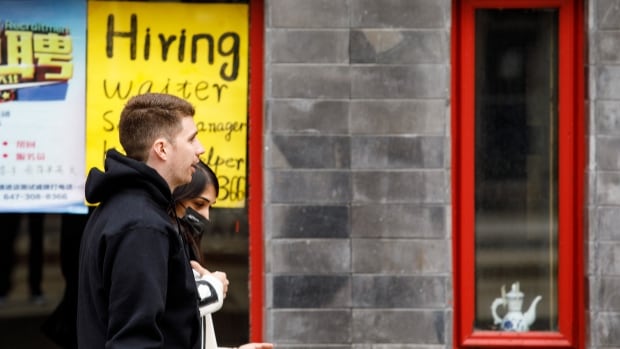 Alberta added nearly 16,000 jobs in April, pushing the province’s unemployment rate to its lowest level since 2015.

New figures released Friday by Statistics Canada show that in Alberta, employment rose by 15,900 in April, while the unemployment rate fell 0.6 percentage points to 5.9%.

Unemployment is at a seven-year low, he added.

In recent months, many of those job gains were tied to the service sector, he said, with increases in the food and accommodation industries, and in transportation.

There were some setbacks in the manufacturing sector – all goods-producing industries saw a slight decline in April except agriculture, he said.

Those losses are “not a concern yet,” but something St-Arnaud said he will be watching for in the coming months.

Despite a falling unemployment rate, it’s not all good news for jobs in the province, according to University of Calgary economics professor Trevor Tombe.

Reviewing the data, he said about one in three unemployed Albertans have been unemployed for more than six consecutive months.

“It’s a much higher share than we see in any other province. And so we have this unique challenge of having a lot of long-term unemployed,” Tombe said.

He said the data could indicate that there are particular challenges for some unemployed workers looking to transition into other occupations or sectors.

“Displaced oil and gas workers in particular, particularly in support roles and especially during the recession, were disproportionately younger, less educated, people who might have a harder time finding work in other sectors,” he said.

From today’s jobs report: Alberta’s worrying long-term unemployment rate continues. About one out of three unemployed people has been unemployed for more than 6 months. pic.twitter.com/AnUjKBNS72

Nationally, employment rates were little changed in April after two consecutive months of growth. The unemployment rate edged down 0.1 percentage points to 5.2%, according to Statistics Canada data.

St-Arnaud said that even as more people are employed, high inflation rates are increasing wage pressure.

“It’s already a big concern for the Bank of Canada. So with all those factors, it just supports that.”

He said the Bank of Canada will need to continue raising interest rates aggressively this year to control inflation.