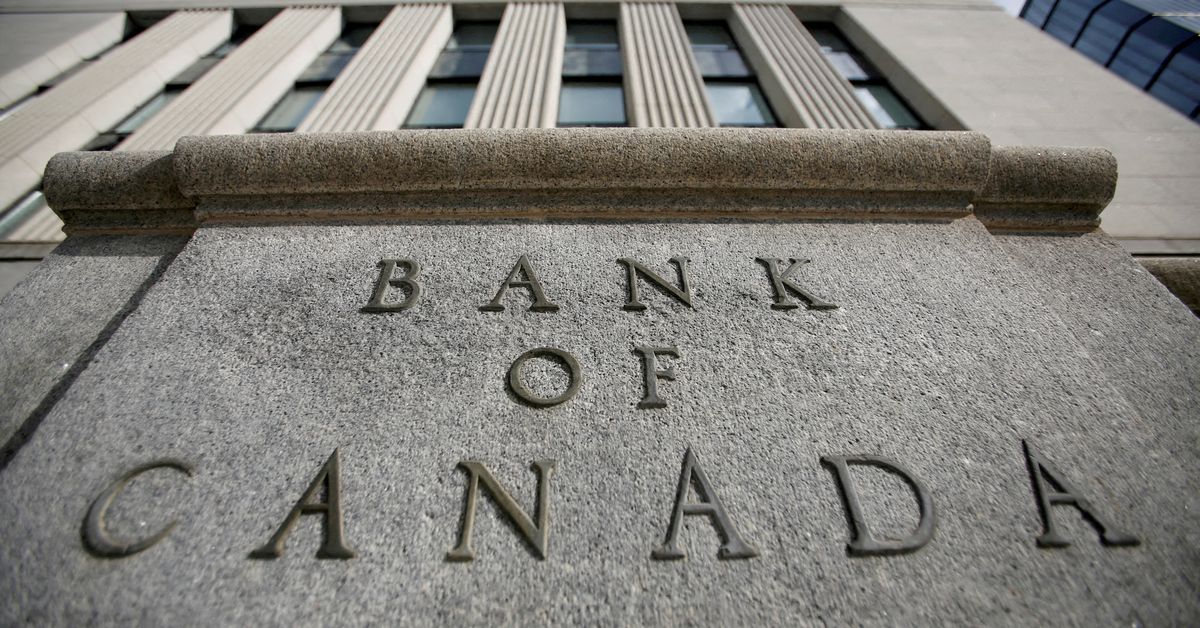 A sign is pictured outside the Bank of Canada building in Ottawa, Ontario, Canada May 23, 2017. REUTERS/Chris Wattie/File Photo

TORONTO, Feb 9 (Reuters) – As the Bank of Canada prepares to trim its bloated balance sheet, investors say the move could allow planned interest rate hikes to have a bigger impact on economic activity .

Canada’s central bank, unlike the US Federal Reserve, has never before attempted to shrink its balance sheet, a process known as quantitative tightening (QT), after buying government bonds on a large scale for the first time during the pandemic.

Reducing its share of the bond market could more effectively transmit monetary policy to the economy. Indeed, borrowing costs for households and businesses tend to be determined by long-term rates rather than the very short-term rate set by the Bank of Canada.

“Because they own so much of the bond market, the biggest risk is that they don’t pull back fast enough,” said Andrew Kelvin, chief strategist for Canada at TD Securities.

Another potential benefit of QT would be to reduce the reserves created by the BoC to pay for bond purchases.

Unlike the U.S. system, banks in Canada are not required to hold reserves at the central bank, while excess liquidity has pushed CORRA, a measure of the cost of collateralized overnight lending between banks, below the Bank of Canada’s 0.25% target.

The BoC is currently in the reinvestment phase of its asset purchase program, buying about C$1 billion worth of bonds per week to replace maturing ones. Analysts say the bank could announce a switch to QT as soon as the March 2 policy announcement, if it were to raise interest rates then as planned, or at the next meeting in April.

The Bank of Canada said it would keep its bond holdings constant at least until it starts raising rates. Rather than selling bonds, debt is expected to move off its balance sheet as it matures.

A so-called passive approach is likely due to the maturity profile of the BoC’s balance sheet, analysts say. Nearly 50% of its assets mature at the end of 2024.

With uncertainty surrounding a number of QT issues, including the need to limit the pace of roll-offs and optimal balance sheet size in coming years, analysts are awaiting guidance from the bank.

Ahead of the announcement, “they’ll walk us through how the sausage is made,” said Ian Pollick, global head of FICC strategy at CIBC Capital Markets.

For the market, moving to QT would increase the amount of debt it has to absorb. That in itself could be taken in stride, analysts say.

The risk comes from the fact that central banks around the world are also trying to shrink their balance sheets. The Bank of England announced the start of QT last week and the Fed may do so later this year. Read more

The last time the Fed tried QT, from late 2017 to fall 2019, it only managed to shrink the balance sheet by about 15% before running into trouble. Read more

“The more central banks that simultaneously unwind their balance sheets, the more potential disruption there can be for markets that have become reliant on this buying program,” said James Athey, chief investment officer at Aberdeen Standard Investments, London. .

Europe calls for peace, but not at any price