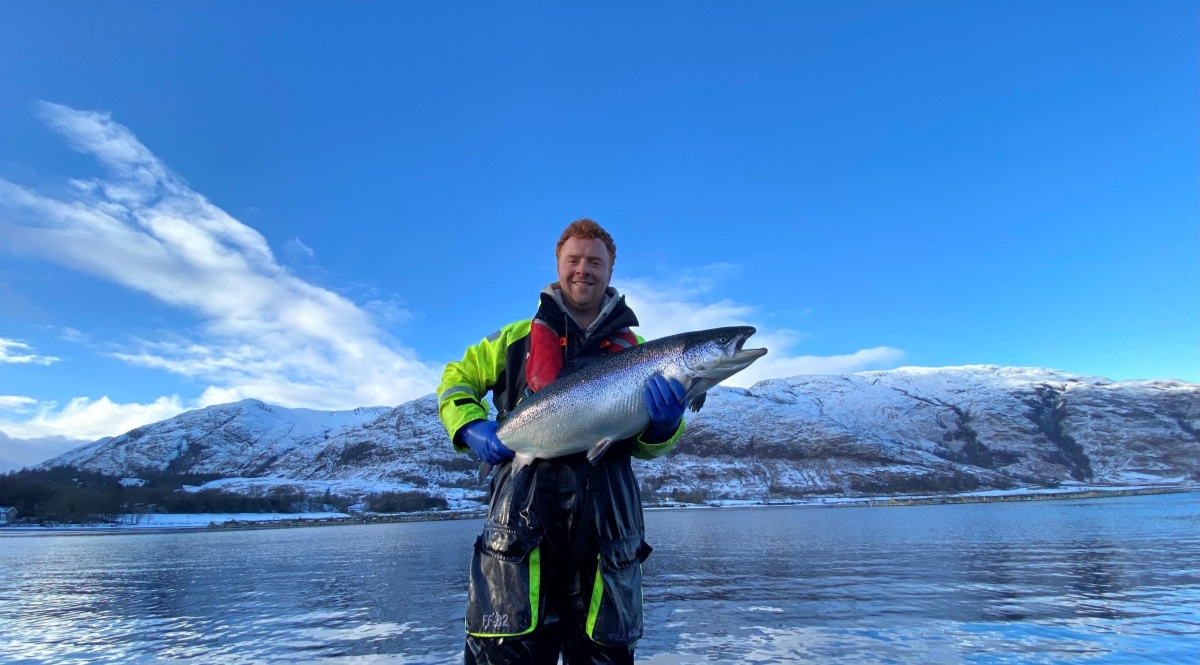 Unlike Canada, which continues to bow to seafood farming activists, countries around the world are taking strident steps to develop aquaculture in their waters with new legislation.

A trio of seafood experts are calling on nations around the world to develop marine aquaculture that will increase sustainable food production and fight climate change.

The call comes as anti-aquaculture activists in Canada step up their campaigns against the science deficit to oust fish farmers from the oceans, despite ample evidence from government, industry and independent scientists that shows their marine operations have minimal impacts on wild stocks.

“Marine aquaculture, the cultivation of plants and animals in our oceans, is an important source of nutrition – and, according to research, an emerging solution to climate change, say the authors of a recent paper published by the World Economic Forum.

“Yet it is often overlooked in broader conversations about achieving a regenerative, nature-friendly food system, in part because of its perceived history of environmental degradation,” said the article authored by Robert Jones of the Nature Conservancy, Bill Dewey of Taylor Shellfish Farms and Barton Seaver, one of the world’s leading experts in sustainable seafood.

“Many of us have a traditional view of a farmer as steward of the land; As climate change alters our reality, those who grow food in the ocean could become the future stewards of our mostly blue planet.

“Consumers must support sustainable aquaculture, just as farmers, governments, global agribusiness, investors and NGO groups will need to work together to realize the full potential of restorative aquaculture to feed people. in a changing climate,” the authors of the article said.

The report notes that the oceans cover nearly three-quarters of the planet, but currently provide only 2% of the planet’s food.

“Not only is there room to grow here, but there is room to grow smarter,” the authors said, citing a study that predicted that if we were to grow seafood instead of land meat to meet the growing demand for protein, we could save an area of ​​land twice the size of India.

“And growing seafood instead of most other animal protein also saves a huge amount of carbon. Most farmed seafood generates around one-tenth the carbon emissions of beef,” the report says.

Unlike the Government of Canada, which continues to bow to anti-aquaculture activists, particularly in British Columbia, countries around the world are taking strident steps to develop sustainable projects in their waters.

The European Commission recently released its new Farm to Fork Strategy which recognizes the role that sustainable aquaculture can play in building sustainable food systems. The new strategy paves the way for EU aquaculture to become a competitive and resilient sector and become a global benchmark for sustainability by 2030.

In the neighboring United States, political rivals have come together to push for the development of the aquaculture industry with a bipartisan bill – Advancing the Quality and Understanding of American Aquaculture Act (AQUAA).

The United States has the ninth longest coastline in the world, but currently ranks 16th in farmed seafood production. It currently imports at least 85% of its seafood, about half of which comes from aquaculture in other countries.

The Washington, D.C.-based Consortium for Ocean Leadership (COL) estimates the new legislation will result in a doubling of U.S. aquaculture production to around 1 million tons and create an additional 50,000 direct and indirect jobs, assuming 20 direct jobs per 1,000 tonnes of seafood produced and five jobs per 1,000 tonnes in equipment, feed, processing, marketing and catering.

Stronger America Through Seafood (SATS), which advocates for policies and regulations to boost aquaculture production, last week sent a letter to members of the U.S. House and Senate advocating for increased marine aquaculture.

The letter, which was signed by more than 65 aquaculture supporters and scholars, says expanding the U.S. aquaculture sector will help meet growing consumer demand for seafood while creating tens of thousands of direct and indirect jobs in coastal communities.

Across Asia, in Japan, China, Vietnam, Indonesia, India and Singapore, plans are underway with government support to farm the oceans for reliable, affordable and sustainable seafood.

Scotland, where salmon farming provides more than 2,500 jobs and generates billions of dollars in revenue, is considering streamlining aquaculture regulations, following a first review of the industry this month.

“Aquaculture is a significant contributor to our rural economy, providing well-paying jobs in some of Scotland’s most fragile communities and will be a vital part of our green recovery and transition to net zero,” said the Secretary for Rural Affairs Mairi Gougeon.

“Developing state-of-the-art legislation for aquaculture is essential to developing a sector that is both environmentally and economically sustainable.”

In Canada, it’s a different story.

Canada remains the only major farmed seafood producing country in the world without modern national legislation specifically designed to govern a responsible and sustainable aquaculture industry.

The Canadian Aquaculture Industry Alliance (CAIA) has consistently called for federal aquaculture legislation and the government has said it plans to develop one to govern the seafood farming industry. sea, which generates economic activity estimated at $5.16 billion and 25,000 full-time jobs. .