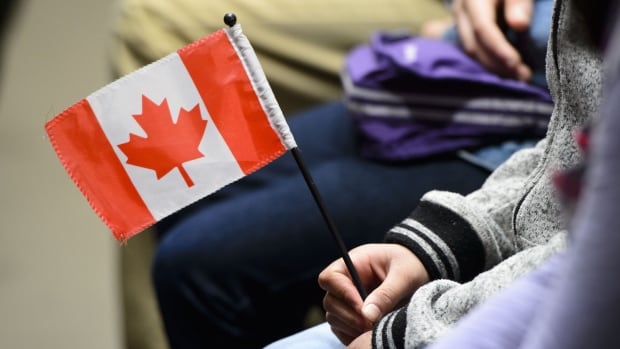 Chijioke Amadi has lived on Prince Edward Island for 15 years since arriving from Nigeria.

He came to the province in 2007, when he was 21, to study engineering at the University of Prince Edward Island. His path has not always been easy.

In his third year, Amadi paid his tuition late and was asked to leave an exam hall. “I got kicked out of school, out of my final exam,” he said in a recent interview.

He went to Alberta for a few years to work and save, before returning to the Island to finish his studies and put down roots. He now has several volunteer positions and jobs, including a business, Wheelie Bin Doctors, which washes and sanitizes bins.

“I chose to stay in PEI,” Amadi said. “PEI has always treated me well. PEI felt like home. Alberta felt like a job to me.”

Patrick Brannon, senior researcher at the Atlantic Provinces Economic Council, said Nova Scotia and New Brunswick are seeing the strongest growth in immigration, with steady increases between 2016 and 2021.

With the overall population aging in these regions, he said targeted immigration to compensate for labor shortages has paid off. Most of the new arrivals come from China and India, he added.

But there are fears the gains will be short-lived as essential services have not kept pace with growth. High rents, a lack of adequate housing, and an alarming shortage of doctors and nurses that has forced hospitals and emergency rooms to cut hours have become a recurring lament across the region.

Most people arriving “may have a little trouble” finding a doctor with about 300,000 Atlantic Canadians on waiting lists right now, Brannon said.

“It’s a challenge that a lot of people in the [region] are facing, so that’s a very big concern.”

Jeffrey Reitz, a professor at the University of Toronto’s Munk School of Global Affairs and Public Policy, said provincial initiatives to attract newcomers are one of the reasons more people are looking east .

“The real challenge for some of these non-traditional destinations is not so much that they attract immigrants, but rather whether they are actually able to keep those immigrants,” he said.

Reitz called the lack of services and population growth a “chicken-and-egg problem.”

“One of the reasons for encouraging immigration is to stimulate the economy, to create more wealth so that there are more services of this type,” he said. “If people don’t come because of the lack of services, that won’t solve the problem.”

Moshe Lander, a professor in the economics department at Dalhousie University, said one of the problems with the housing market is that zoning laws are too restrictive and make it difficult for people who want to build to house tenants.

Residents of cities like Halifax want to protect the value of their properties, prompting them to favor such laws, he noted.

“Of course, the cost is borne by low-income people, low-skilled people, in general: immigrants who come in, but don’t necessarily have the financial means to move up that housing ladder,” Lander said. .

Governments should also send the signal that universities must train doctors and nurses to meet the needs, he said.

Reitz pointed to another problem many immigrants face: a lack of jobs that match their skills, which, combined with high real estate costs and a shortage of services, could lead some to leave the country.

In 2021, approximately 23% of Canada’s population considered themselves a landed immigrant or permanent resident. Based on recent trends, Statistics Canada said immigrants could make up 34% of the country’s population by 2041.

Many recent arrivals struggle to maintain an economic footing long enough to find jobs that can support their children, Reitz said. “It’s becoming a more serious concern all the time.”

While the past two or three decades have seen large numbers of people entering the country, many have reconsidered, he said.

“About a third of those people actually left the country after a period of four or five years.”

Unless “big problems” like affordable housing and public services are addressed, immigration’s power to fuel economic growth will be blunted, Reitz said.

Amadi said he was worried about the lack of housing and health services. But when asked if he saw himself living in Prince Edward Island in five years, he laughed.

“That’s a loaded question,” he said. “A friend of mine always says tomorrow is pregnant. You don’t know what that is. So do I see myself in PEI in the next two years? Maybe .”