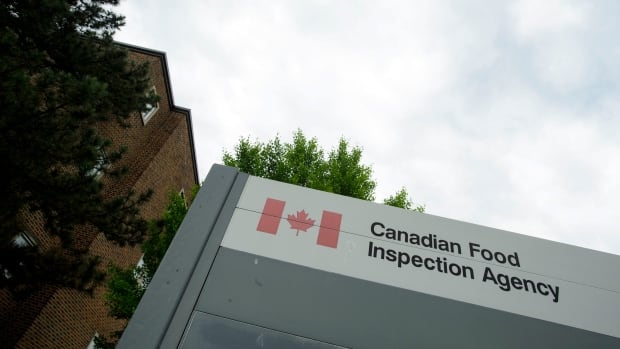 Canadian Food Inspection Agency officials say 12,000 turkeys from a commercial barn in western Nova Scotia had to be euthanized after bird flu was discovered on the farm.

The news was revealed during a press briefing on Friday.

Before today, cases were found in a wild goose and a flock of backyard chickens that were not intended for commercial production.

Speaking on CBC maritime noonDr. Margaret McGeoghegan, veterinarian with the Atlantic Division of the Canadian Food Inspection Agency, said she was not free to divulge a specific location for the barn.

She said there are other commercial growers in the area and restrictions are in place for commercial operations within 10 kilometers of the affected barn to prevent the spread of the virus.

“Because of the intensity of the production system, the risk there is very high and also considering that there are a lot of waterways and a lot of exposure to wild birds,” McGeoghegan said.

She said people in the industry are extremely concerned about these cases.

McGeoghegan said farms have strict biosecurity measures to try to prevent the virus from entering a farm. The virus, which spreads through the air, can be inadvertently introduced on shoes, equipment and clothing, she said.

“Because this strain is as highly pathogenic as it is, when it strikes there are sometimes no clinical signs other than the death of the birds,” McGeoghegan said.

He said the industry has been following ‘advanced biosecurity protocols’ to prevent the spread since the first suspected case was found in a wild goose east of Halifax. Industry is cooperating with instructions from the Canadian Food Inspection Agency.

He also appeals to anyone who keeps domestic poultry on their property to watch for signs of bird flu and take all necessary precautions to keep their birds away from wild birds. He said if anyone sees a sick or dead wild bird, they should report it online through the Canadian Wildlife Health Cooperative.

New Brunswick man takes a 1969 Volvo on a 16,000 kilometer trip to Tuktoyaktuk