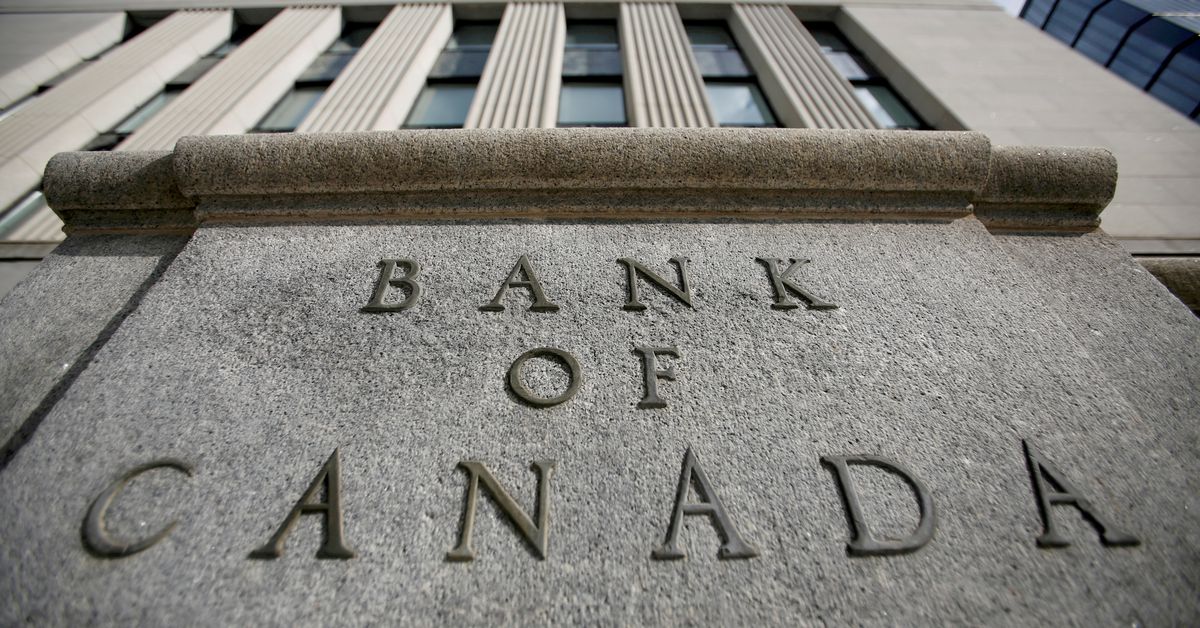 OTTAWA, Oct 6 (Reuters) – The Bank of Canada made it clear on Thursday that it would not stray further from its current pace of rapid interest rate hikes, with Governor Tiff Macklem saying there was no no sign of a slowdown in core inflation.

The central bank has raised its benchmark rate by 300 basis points to 3.25% since March, with four of those five increases above 25 basis points.

“We have yet to see clear evidence that core inflation has come down. When combined with still high short-term inflation expectations, this clearly implies that further interest rate hikes are warranted,” Macklem told a business audience in Halifax.

“Put simply, there is still a lot to do. We will need more information before we consider moving to a more finely balanced decision-by-decision approach.”

Economists said while there has been data in recent weeks that may have prompted the central bank to take a less hawkish stance, on Thursday the tone was clear.

Following the governor’s remarks, money market bets tipped more sharply towards another 50 basis point increase against a 25 basis point move at the next move on Oct. 26.

Macklem later said that the ability of the central bank to cool the economy enough to bring inflation under control without triggering a recession will depend, in part, on the stickiness of price increases in Canada.

“There is a path to a soft landing, but it’s a narrow path and there are risks,” he said, answering questions from the audience.

Inflation in Canada fell to 7.0% in August, with core inflation around 5%, which Macklem said was too high.

He added that the central bank will closely watch its core inflation measures “for clear evidence of a turning point”, particularly as attention turns to domestic price pressures.

But the bank will focus on core measures known as CPI-trim and CPI-median, Macklem said, noting that the central bank was reassessing the common CPI measure due to recent large revisions.

Reuters reported this week that economists and markets are scrambling for a reliable measure of core inflation as large and frequent revisions have shaken the credibility of the common CPI.

“CPI-common is getting harder to use in real time because it has undergone significant historical revisions,” Macklem said. “With that in mind…we are reassessing the CPI-common.”

Reporting by Julie Gordon and David Ljunggren in Ottawa; Additional reporting by Fergal Smith in Toronto; Editing by Mark Porter and Andrea Ricci

Covers political, economic and general news from Canada as well as breaking news across North America, previously based in London and Moscow and winner of Reuters Treasury Scoop of the Year.