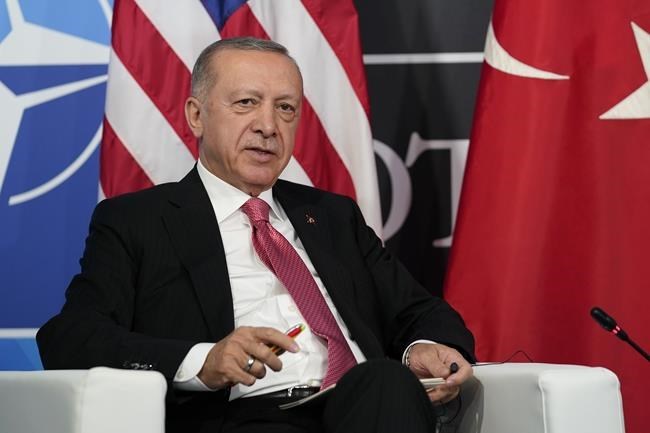 Canada to use traditional spelling of “Türkiye” following UN decision

The move follows a request from the government of President Recep Tayyip Erdogan for the international community to recognize the authentic spelling of his country’s name.

Last month, Ankara asked the United Nations to drop the commonly used spelling of Turkey, which is also associated with the edible bird and the traditional Christmas dish.

It is pronounced the same way.

In December last year, Erdogan ordered that “Made in Türkiye” be used on exported products to reflect the country’s culture more authentically.

In communications from the Department of Global Affairs this week, Ottawa reverted to authentic spelling.

The move follows an “official name change notification to the United Nations and subsequently to the Department of Foreign Affairs, Trade and Development Canada” in June, Global Affairs said.

“Canada respects the wish of the Republic of Türkiye (formerly the Republic of Turkey) to be officially known as Türkiye as opposed to ‘Turkey’ in English and ‘Turquie’ in French,” said Sabrina Williams, Door -word of Global Affairs.

The country was called Türkiye in 1923 after the newly formed Republic declared its independence, with Mustafa Kemal as its first president.

He has increasingly flexed his muscles on the international scene, notably over Finland’s and Sweden’s plans to join NATO.

Erdogan has threatened to veto the entry of Nordic nations into the military alliance if they do not extradite suspects with links to banned Kurdish groups.

Canada this week became the first country to ratify Finland and Sweden’s application to join NATO.

But all 30 members must approve their application for membership following Russia’s invasion of Ukraine.

This report from The Canadian Press was first published on July 9, 2022.