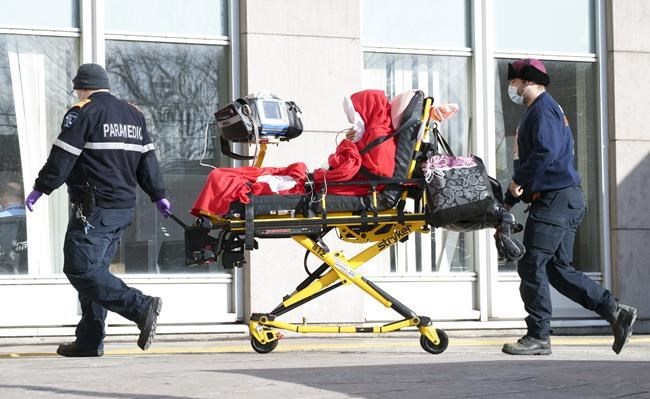 As COVID-19 cases put Canada’s hospitals at or near capacity, Quebec’s unprecedented plan to tax adult residents who refuse to be vaccinated comes under fire.

As COVID-19 cases put Canada‘s hospitals at or near capacity, Quebec’s unprecedented plan to tax adult residents who refuse to be vaccinated comes under fire.

The Canadian Civil Liberties Association says the tax plan is deeply troubling, noting that the Charter of Rights and Freedoms recognizes individual autonomy over our bodies and medical decisions.

In a statement emailed Tuesday evening, Cara Zwibel, the association’s acting general counsel, says the tax penalty is a divisive measure that will end up punishing and alienating those who may be most in need of support and services. public health.

She says the government of Quebec premier François Legault should drop what she calls a “constitutionally vulnerable proposal.”

Quebec reported 2,742 COVID-related hospitalizations on Tuesday, including 255 intensive care patients, as well as 62 other deaths.

The rapid spread of Omicron has led to staff shortages across the country, prompting the Ontario Minister of Health to announce that internationally trained nurses will be allowed to work in hospitals, homes long-term care facilities and other health facilities in the province.

In Nova Scotia, a legislative committee has learned that 25 of the province’s 133 nursing homes have stopped accepting new admissions due to staffing issues caused in part by the pandemic.

This report by The Canadian Press was first published on January 12, 2022.