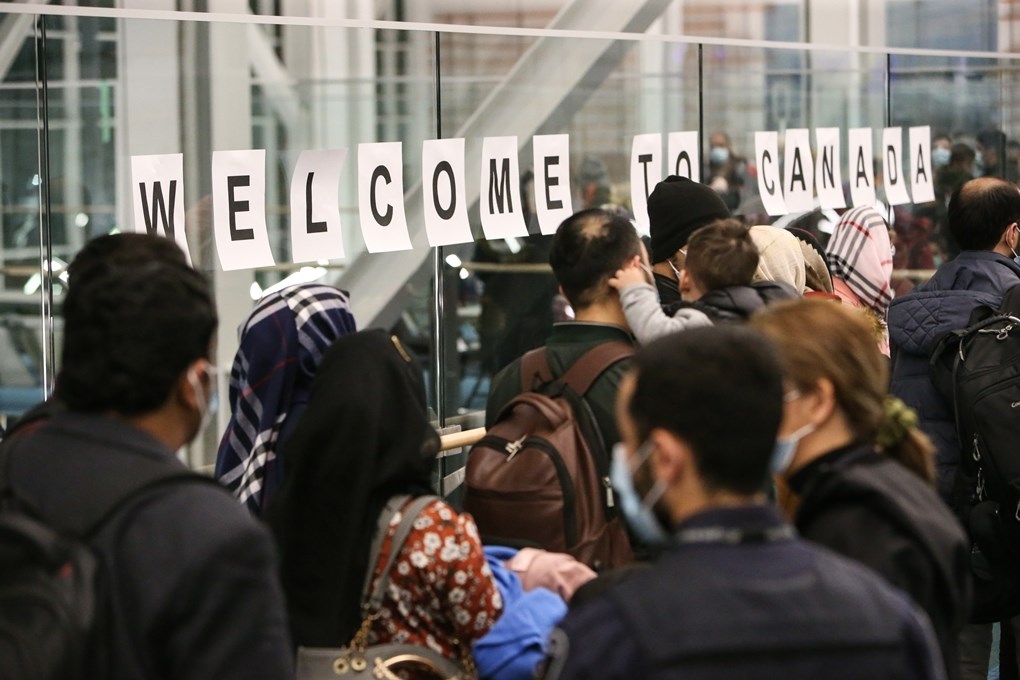 Canada‘s colleges and universities are helping to break down the financial barriers faced by refugees who want to pursue language training and upgrade their skills through scholarships, bursaries and other initiatives.

As thousands of refugees continue to pour into Canada, educational institutions across the country are stepping up to offer scholarships and scholarships to help newcomers resettle in the country.

“For many newcomers, obtaining or upgrading their education is an essential first step towards financial independence and success in the Canadian job market,” said Immigration, Refugees and Citizenship Canada, saluting the country’s colleges and universities.

In addition to the expected influx of refugees from war-torn Ukraine in the coming weeks, Canada has pledged to bring in at least 40,000 Afghan refugees following the Taliban takeover in last August. Canada has so far resettled 8,580 Afghan refugees, according to a March 4 government press release.

One of them is Jawed, who arrived in Calgary with his wife and three children and is now among the first recipients of a 25% tuition grant from CDI College, according to a statement posted on his website which only identified him by his first name.

This scholarship will help defray the costs of dozens of career degree programs at 20 campuses across Canada.

“Available to all refugees across Canada, the program will run until the end of 2022,” the College said in its statement.

“I was admitted [to] the web and mobile application development program and I look forward to a career in [technology]says Jawed in the statement.

“The CDI will also help with employment, so I encourage all refugees who have come here to…start studying here with the wonderful staff and instructors.”

Western will cover tuition, fees and living expenses for qualified students – an amount equivalent to $100,000 each over a four-year period.

“Afghan refugees have experienced trauma and upheaval unimaginable to most of us, and that includes an interruption to their studies,” Western Registrar Glen Tigert said in a statement posted on the university’s website.

Western is also funding two Afghan scholars through the Scholars at Risk Network and the Scholar Rescue Fund, two international organizations that work to provide a safe environment, support, and financial assistance to scholars facing persecution. or death threats in their country of origin. .

The scholarship will cover the full cost of tuition and incidentals for five students to each complete a post-secondary program, as well as $500 per term for textbooks and supplies. Students will also have the option of studying in English for academic purposes.

“A number of Afghan refugees have arrived in London and are now looking to build a new life for themselves in Canada,” Janice Lamoureux, dean of students at Fanshawe College, said in a statement.

The College will partner with local agencies that work with refugees to develop a referral process for people who may benefit from the scholarships.

In Sackville, New Brunswick, Mount Allison University plans to host a refugee student from Afghanistan in the fall of 2022, with additional financial support from World University Service of Canada, the University and students of Mount Allison.

The Afghan Women’s Organization and Immigrant Services, a nonprofit in Toronto, has also partnered with a local tech company to provide 55 computers, tablets and cellphones to newcomer families who want to study or work online. .

“I am heartened to see that Canadians across the country continue to support some of the most vulnerable people in the world, and I am proud that our country’s colleges and universities are helping to break down the financial barriers faced by many newcomers. Afghans,” said Immigration Minister Sean Fraser. .

“Whether it’s language training, skills development or post-secondary education, these opportunities will open doors for our newcomers while helping Canada address our labor shortages and grow the economy.” ‘economy.