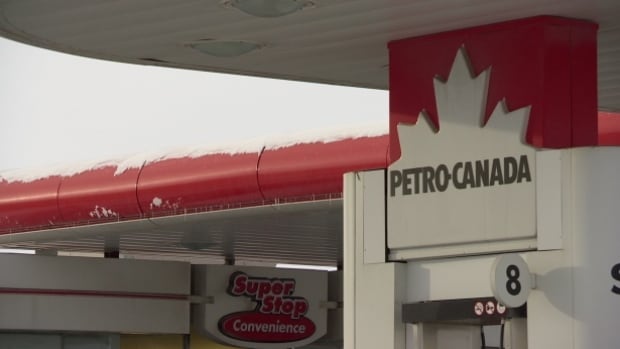 A Petro-Canada station in Charlottetown has reported a loss of 4,500 liters of gasoline from its underground storage system, the provincial Department of Environment, Energy and Climate Action said Wednesday.

However, a gas station official at the corner of Belvedere and University Avenues told CBC News that the gas may have leaked into a containment tank, so there shouldn’t be any environmental damage.

“There was a fuel delivery on Saturday where product loss was noted,” a provincial spokesperson said in an email, adding that a consultant will be needed to complete the cleanup.

“The department doesn’t have much of a role at the moment, until the consultant is hired and the excavation work takes place.”

The business was operating normally on Wednesday afternoon.

Due to the size of the spill and its location in the ground/water table, cleanup could be a lengthy process.— Provincial Department of the Environment

Environmental officials will receive updates throughout the process, the ministry spokesperson said, “and then there will be final sampling to ensure the cleanup is complete. The cleanup could be a long process.”

A leak there would pose no risk to drinking water, as this part of Charlottetown is supplied with water from a central system, the ministry said.