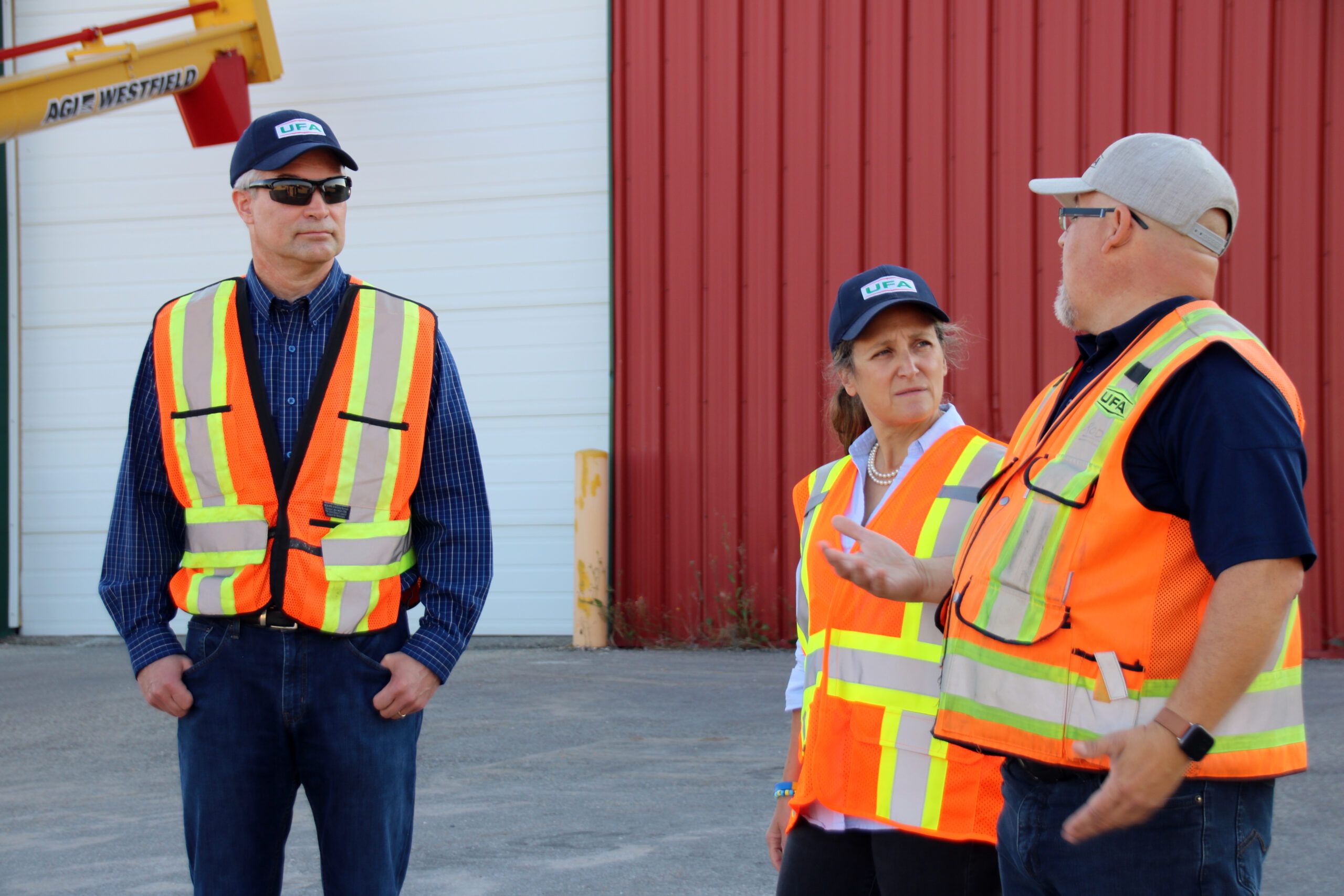 Deputy Premier Chrystia Freeland made an unexpected stop in Grande Prairie on Friday to meet with local farmers, skilled artisans from Northwestern Polytechnic and Mayor Jackie Clayton. Freeland, who was born and raised in Peace River, says she wanted to visit the land of peace to hear directly from people involved in our local industries.

“I really believe that to do my job properly, I have to go out and talk to really hard working people; talk to the people who are really building Canada and the Canadian economy and talk to them myself.

“It was really important for me to come to northern Alberta, to return to where I was born and where I grew up,” continues Freeland. “I think the people you grew up with, they tell you the truth.”

Freeland adds that she would also not hesitate to introduce this part of Canada to the rest of the country, knowing that it can be difficult to attract people to the region if they do not know what it has to offer. to offer.

Much of Friday’s discussion revolved around the need for more skilled workers to address labor shortages. Freeland says she will take away from the conversations an understanding of the need to invest in skilled trades training, sharing an anecdote about a local apprentice who told her he was constantly responding to job postings.

“It tells me that there are a lot of people who need skilled tradespeople. I am truly committed to working with places like Northwestern Polytechnic to ensure that we provide the support and training that Canadians and the Canadian economy need.

“It’s something that costs us nothing at all and at a time when we have labor shortages across the country, I think it’s a way to help everyone.”

It also led to a discussion that childcare goes hand in hand with working people. Freeland says reducing dependent child care fees by 50% in some provinces is a strategy to improve the situation, saying work is still ongoing.

“People have told me how important it is, for example, for people who want to study to be an apprentice… I’ve long believed that the Canadian economy needs apprenticeship and child care. affordable children; it will stimulate jobs and growth.

As expected, farmers spoke to the Deputy Prime Minister about the federal government’s recent announcement of a fertilizer emissions reduction target aimed at reducing emissions from the application of fertilizers. 30% from 2020 levels by 2030. She said she was clear with them that this is a goal and not an obligation, adding that she knows Canadian farmers are smart business people.

“They are already very smart in their use of fertilizers. They are so careful about the inputs they use; they run businesses and they don’t want to spend a penny more on inputs than they need.

Freeland says she will bring back to Ottawa the ideas and feedback given to her during her multi-city tour this summer.

Cooler weather for the weekend, possibility of precipitation