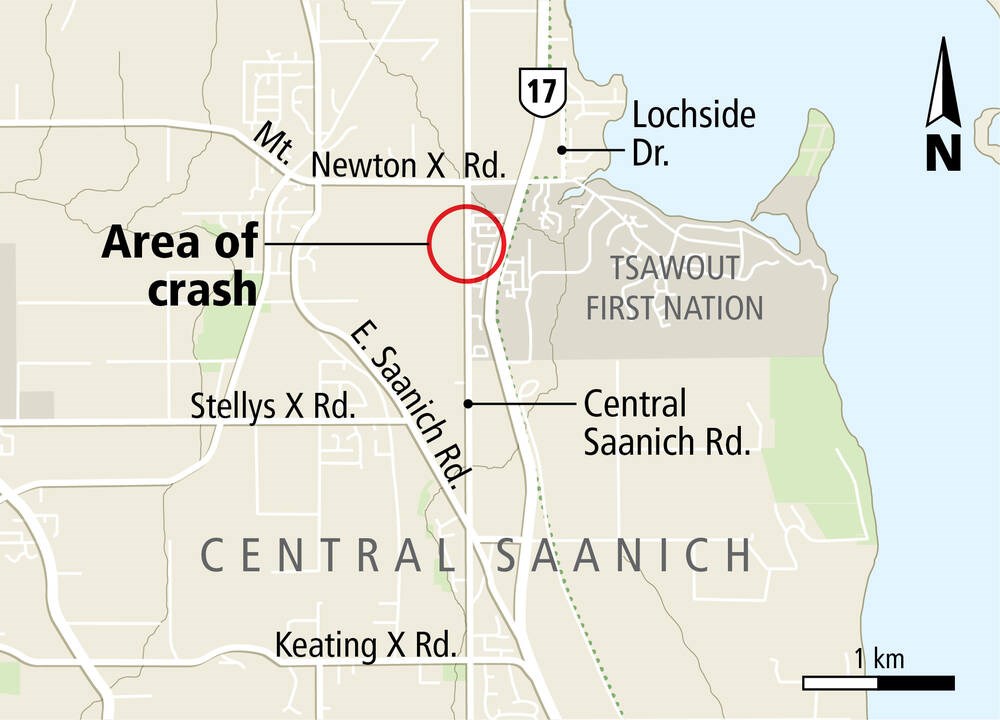 Driver was drug-impaired in crash that killed woman

A Central Saanich driver had methamphetamine and benzodiazepine in his system when he struck and killed a Victoria massage therapist and seriously injured her sister three years ago.

This information came to light Monday on the first day of Anthony Thomas’ single judge trial in the Supreme Court of British Columbia.

Ward, 51, had worked with some of Canada‘s top athletes at two Olympic Games – she was part of Triathlon Canada’s support team at the 2008 Beijing Olympics, where Victoria’s Simon Whitfield won silver, and at the 2012 London Olympics. At the time of his death, Ward and his sister were visiting their mother, who lived in a trailer park on Central Saanich Road.

Prosecutor Tim Stokes told the court that Thomas was driving a red SUV on Mount Newton Cross Road in Central Saanich on August 27, 2018, just before 7 p.m. Thomas made a four way stop and had a small collision with another vehicle on Mt. Newton Cross at Lochside Drive. There was no significant damage.

The two drivers got out of their cars. The court will hear that a woman driving the other car described Thomas as being very nervous. Thomas left the scene and moments later was heading south on Central Saanich Road, Stokes said.

Witness Lucas Underwood was walking his dog on Central Saanich Road and recognized two women coming out of the trailer park and walking their dogs at the same time. They were walking past him, heading south on the east side of Central Saanich Road, Stokes said.

Suddenly a car came from behind Underwood. Although it was heading south, it was moving into the northbound lane, Underwood told police. The red SUV continued in the wrong lane past Underwood and continued to veer to the east side of the road – the side where the women were walking – past the shoulder and onto the grassy boulevard, Stokes said.

Underwood saw the vehicle hit the women and their dogs, then crash into a concrete retaining wall, where it came to rest.

The court will hear testimony from other drivers who will also describe the car veering into the opposite lane, driving down the grassy boulevard and continuing until it collided with a structure, Stokes said.

Thomas remained at the scene and police, firefighters and ambulance arrived soon after.

A driver described Thomas as having a very blank stare at the scene. Thomas complained of an elbow injury and was taken by ambulance to Victoria General Hospital, where a sample of his blood was taken.

At the hospital, a police officer saw Thomas make contact with the walls as he walked down the hall.

The court will hear testimony from a police crash analyst who attended the scene and is expected to testify that his measurements and the data event recorder from Thomas’ SUV indicate he was traveling at a speed of 75 km/h shortly before the collision.

Police obtained a search warrant for the blood sample taken at the hospital and sent it to the RCMP forensic laboratory in Vancouver, Stokes said.

The sample was analyzed by several technologists under the direction of Kimberly Young, who will be called to testify as an expert witness.

“I expect her to tell the court that Thomas, at the time the blood was drawn, had in one milliliter of blood, had 297 nanograms of methamphetamine and 39 nanograms of benzodiazepine,” Stokes said.

The Crown plans to call 11 forensic laboratory witnesses to describe their handling of blood samples, as well as eight first responder witnesses – paramedics, police and firefighters – to describe Thomas at the crash scene and at the scene. hospital.

In total, the Crown plans to call 35 witnesses, Stokes said.