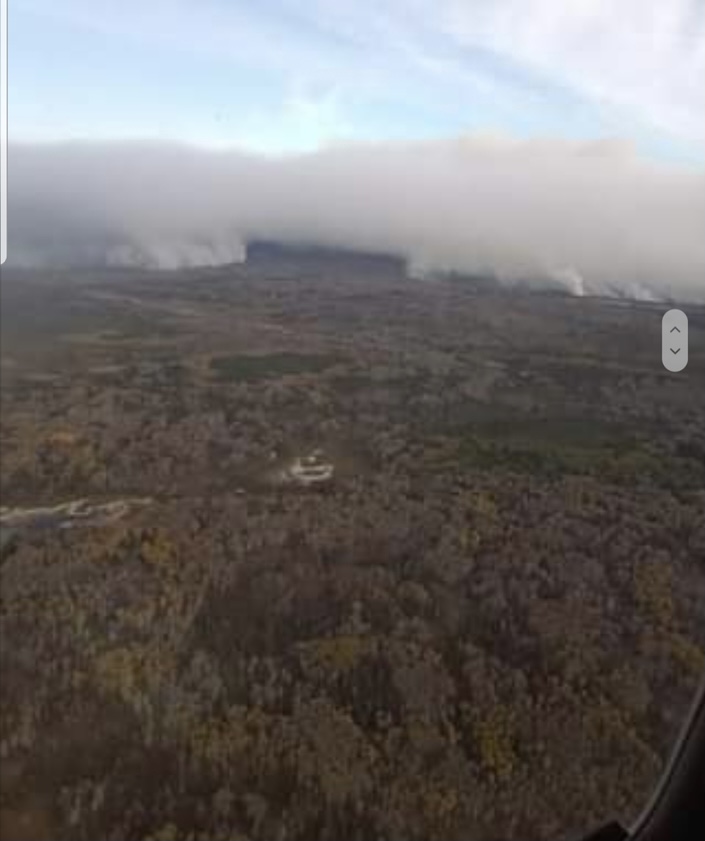 Environment Canada expects dry conditions to continue, but rain and possibly snow in the long-term forecast

Environment Canada says rain and perhaps a few snowflakes are on their way to the areas of east-central Saskatchewan most affected by the wildfires, but it is too early to say how much.

Environment and Climate Change Canada meteorologist Sara Hoffman said the models showed a large storm moving north into the United States and into Canada. The majority of this storm will hit Manitoba, but rain and snow could fall in parts of eastern Saskatchewan.

“Because there is so much variability in this coming system, I encourage people to keep an eye on the long term forecast and watch out for what’s to come.”

Hoffman said rain and snow are unlikely to arrive until Thursday at the earliest. Residents and forest firefighting crews can expect dry weather to continue at least until Sunday.

Clouds of smoke will continue to hang over northern Saskatchewan. Hoffman expects the winds to continue blowing from the south, which will push plumes of smoke into Pelican Narrows and north.

â€œThere are very serious fires and they produce a lot of smoke,â€ Hoffman said. “We expect the wind to come and keep the thickest of that smoke moving north with the flow.”

By Sunday, Environment Canada expects the smoke to move northeast. Beyond that, Hoffman said it was difficult to predict whether air quality conditions would improve.

“It all depends on how fires behave, what kind of atmosphere and stability there is, and all of those things,” she explained.

The air quality index remained at high risk throughout Friday in Prince Albert. It should fall to moderate risk on Saturday.

Special air quality alerts remain in place for several communities in the north and central east. An Environment Canada alert for Friday said air quality and visibility deteriorated during the evening in La Ronge and South End due to wind pushing smoke farther north.

Warnings were also in effect for Prince Albert, Nipawin, Melfort, Tisdale and surrounding areas. The alert said areas near the fires in the central east could expect poor air quality in the coming days.

With restrictions on family gatherings, families may be faced with difficult conversations during Thanksgiving with family members who are not vaccinated.

Residents of Portage la Prairie are thankful for taters as farmers donate 50,000 pounds