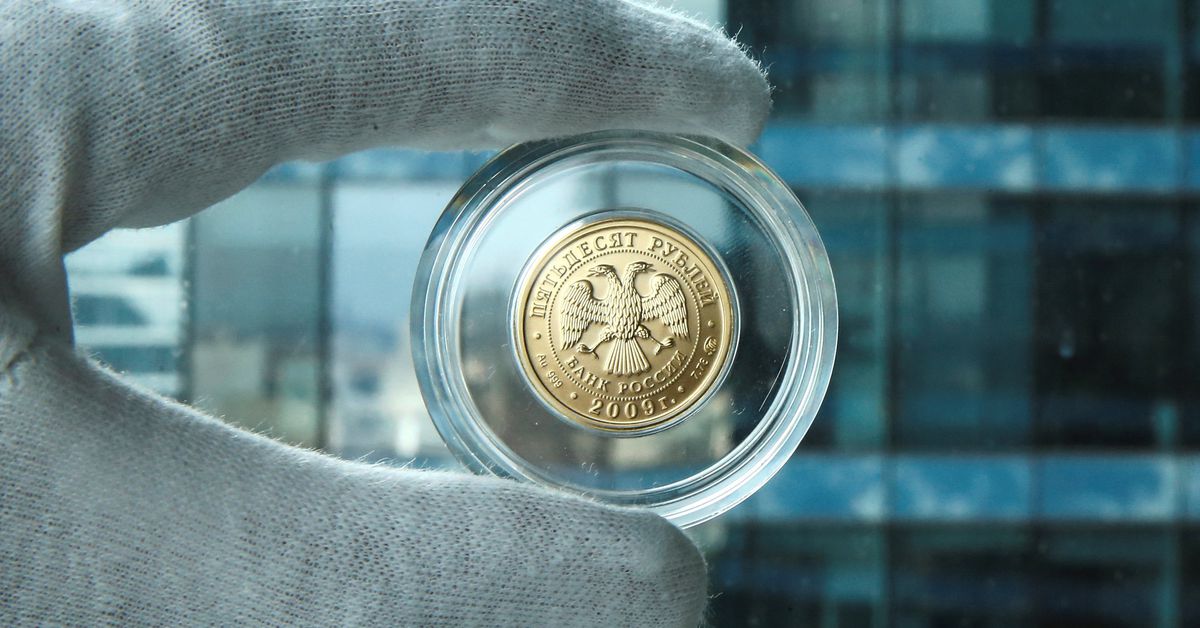 MOSCOW, June 27 (Reuters) – Britain, the United States, Japan and Canada‘s decision to ban further imports of Russian gold is seen as largely symbolic in the global gold market, while Russian exports to the West have already dried up.

Britain said on Sunday the ban was aimed at limiting Russia’s ability to fund its military operation in Ukraine.

It was unclear whether there was a consensus within the Group of Seven wealthy democracies on the plan, with European Council President Charles Michel and German Chancellor Olaf Scholz saying it needed to be discussed further. Read more

HOW MUCH GOLD DOES RUSSIA PRODUCE?

Russia is one of the largest gold producers in the world, along with China and Australia.

Last year, it mined 314 tons of gold, according to the Russian Finance Ministry, which represents almost 10% of the metal mined worldwide. This gold is worth about $19 billion at current prices.

WHERE DID RUSSIAN GOLD EXPORTS GO BEFORE THE CONFLICT?

Russian gold miners mainly sold their gold to Russian commercial banks, which usually sold it to the Russian central bank or exported it.

In recent years, the vast majority of Russian gold has been sent to Britain, the largest bullion trading and storage center in the world.

Britain imported $15.2 billion worth of Russian gold last year, according to British Customs data. From there, it can be re-exported to other markets.

Russia has also sent gold in recent years to countries including Switzerland, Turkey and Kazakhstan, according to Russian customs data.

WHAT HAPPENED AFTER RUSSIA SENT TROOPS TO UKRAINE?

Since February 24, Russian gold exports to the West have largely ceased.

On March 7, the London Bullion Market Association (LBMA) suspended its accreditation of Russian refiners of precious metals, prohibiting them from selling their new production in London. Read more

Britain imported 29 tonnes of gold worth $1.7 billion from Russia in February, according to British customs data on the UN Comtrade database. In March, the last month for which data was available, Britain imported just 26 kilograms from Russia.

WHERE IS RUSSIAN GOLD GOING NOW?

The Russian customs service and central bank have suspended the publication of import and export data and information on state gold holdings.

Buyers of Russian gold now include the country’s central bank, people in Russia who want a safe investment and buyers in Asia, where most countries have not sanctioned Russia, according to miners, bankers and analysts. Russian analysts.

“[Russia’s] gold exports have already been redirected since the start of the war, eastward rather than westward, reflecting the self-sanction of gold market players in the western world,” said Carsten Menke , analyst at Julius Baer.

“The implications of a gold market ban are likely very limited,” he said.