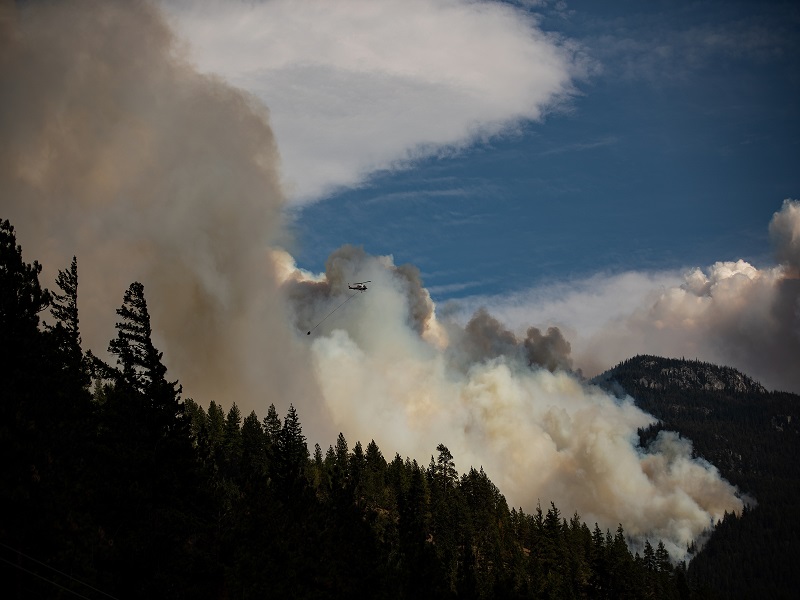 Forest fires and floods cause ‘climate migration’ in Canada

This article originally appeared on The Conversation, an independent, nonprofit source for information, analysis, and commentary from academic experts. Disclosure information is available on the original site.

The publication of the sixth assessment report of the Intergovernmental Panel on Climate Change (IPCC) confirmed our worst fears about human-induced climate change. The report predicts a worst-case scenario of 4.5 Â° C warming by 2100.

Antonio Guterres, the secretary general of the United Nations, called the report a “red code for humanity”. And he’s right, the report warns sternly – “unless there are immediate, rapid and large-scale reductions in greenhouse gas emissions, limit warming to nearly 1.5 C or even 2 C will be out of range. “

Climate change is already affecting all regions of the planet and the changes are expected to be widespread, rapid and intensify. The results of the IPCC assessment have probably left many Canadians wondering, what does this mean for Canada?

An influx of climate refugees?

After the publication of the IPCC reports, the headlines read things like “Historical human tsunami likely in Canada’s future” and “The great climate migration is happening and you could be next to move.”

Another concern common to Canadians when it comes to climate change is climate migration within our country. Climate migrants are people who may be displaced by forest fires or floods or who choose to move away from disaster-prone regions. As one headline says, “Climate displacement is a growing concern in British Columbia as extreme weather conditions force residents to leave their homes.”

Many saw the destruction of Lytton, British Columbia by wildfires this summer as an example of what our future holds if serious action is not taken to reduce the impacts of climate change. As the frequency and intensity of disasters increase, the idea of â€‹â€‹moving to escape the consequences of climate change seems more real. And for some, it is already the case.

In 2019, Georgia Fisher told the National Observer: “I just moved east with my partner and my granddaughter after about 15 years in Alberta? I wouldn’t have started considering this move if it hadn’t been for last summer and all the smoke.

For Canadians who wish to move proactively, the environmental policy and sustainability of their new home will be an important consideration.

Residents of British Columbia, Ontario, Quebec and the Atlantic provinces were more likely to prioritize environmental policies and sustainability when considering where to live than residents of the Prairies.

Differences also existed between age groups – 19% of Canadians aged 18 to 34 indicated that the environmental policy and / or sustainability of an area is a top priority when determining where to live , while people 55 and older were more likely to say it is a high priority (34 percent).

The impact of these discoveries

So what do these discoveries mean? There are calls for stronger policies to tackle climate change and promote green jobs. Advocacy groups call on political parties to stop working for the best interests of the oil and gas industry and instead work for Canadians.

In response to the IPCC’s sixth assessment, the Liberal government argued that the revenues generated by the Trans Mountain pipeline will help Canada meet its climate goals. Academic research on the financial impact of divestment in fossil fuels has shown that divestment does not cause financial harm to investors.

While the fight against climate change can start at home, through recycling and sustainable shopping programs, it may soon turn into towns and villages where a more sustainable way of life is achievable. So while academic studies are overdue to determine whether climate migration is inevitable in Canada, forest fires, floods and other disasters are already forcing people to flee.

Yvonne Su is not working, consulting, owning stock or receiving funding from any company or organization that would benefit from this article, and has not disclosed any relevant affiliations beyond her academic position.

This article is republished from The Conversation under a Creative Commons license. Disclosure information is available on the original site. Read the original article:

Featured Image: A helicopter carrying a bucket of water flies over the Lytton Creek wildfire burning in the mountains near Lytton, British Columbia on Sunday, August 15, 2021. THE CANADIAN PRESS / Darryl Dyck