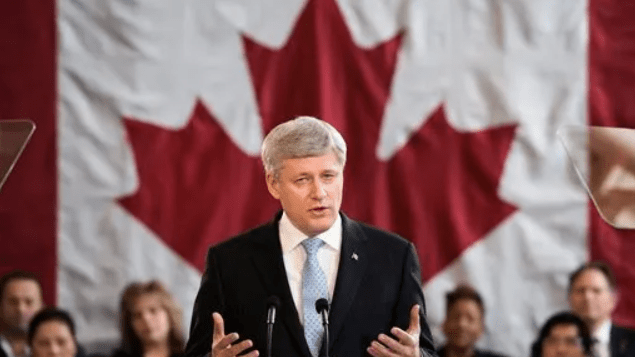 EL PASO, Texas (Border Report) – Two former North American leaders will be in El Paso next month to discuss how the region can benefit from rising US-China tensions.

The summit will take place on February 24 at the Plaza Hotel Pioneer Park, 106 W. Mills Ave., with a lunch at the Paso del Norte Hotel Autograph Collection. Panelists will discuss why attracting direct investment from across the Pacific could be a game-changer for border companies, and consider understanding how Fortune 500 companies have chosen the cities in which they want to expand their business.

The summit comes as supply issues and a shortage of semiconductor chips lurk businesses from gigantic Detroit automakers to Main Street retail stores. The Borderplex Alliance and other business organizations on both sides of the border are promoting the region’s ability to become a home for new chipmakers and a place for offshore manufacturers to relocate to avoid political and logistical upheaval.

Harper was Prime Minister of Canada from 2006 to 2015 and was the driving force behind expanding trade relations with Europe and India, free trade agreements with Colombia and South Korea, and a been a staunch ally of the International Monetary Fund, which promotes stability and economic growth in developing countries.

Fox in 2000 became the first candidate of an opposition party to be elected President of Mexico since 1929. The former Coca-Cola executive promoted the stability of the Mexican institution and fostered commerce. His legacy north of the border was to improve relations with expatriates, creating the Institute for Mexicans Abroad. The IME has become a sounding board for Mexican communities to influence Mexican policy towards the United States.

Visit the BorderReport.com homepage for the latest exclusive stories and the latest news on issues along the US-Mexico border

The Borderplex Alliance says it will announce additional panels and panelists as February 24 approaches. Tickets for the event can be purchased through Eventbrite.