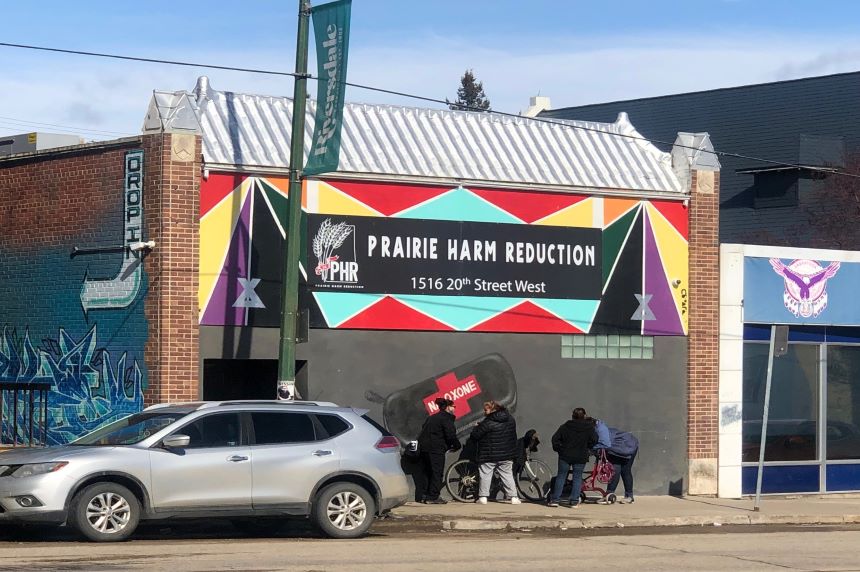 Harm reduction for ‘devastated’ Prairies to be excluded from provincial budget

For the third year in a row, Saskatoon’s Prairie Harm Reduction (PHR) has been ignored in the provincial budget.

The safe consumption site is the first in the province, located in the Pleasant Hill neighborhood of Saskatoon. It has been open for about 18 months, providing drug users with a safe place to do so under the observation of medical professionals.

In Wednesday’s budget, Finance Minister Donna Harpauer announced $470 million for mental health and addictions programs, but none of that money will go to PHR or the Newo-Yotina Friendship Center in Regina, another safe consumption site.

PHR executive director Kayla DeMong said it was overwhelming to be turned down again.

“Why are you okay with letting people die?” she asked Harpauer and Premier Scott Moe. “That’s really what it’s all about.

“It is truly devastating and deeply saddening that, again this year, the province has chosen not to invest money in the safe consumption site.

As with previous funding requests, DeMong developed a range of options for the province, hoping that this year they would be included in the budget.

“Funding from the province would have allowed us to build capacity and ideally extend the hours of operation of the Safe Consumption Site,” DeMong said.

“We know it’s widely used, we know it’s been successful in preventing overdoses – and in particular overdose deaths – and engaging people in services.”

DeMong said that since opening, PHR has had around 500 unique users and over 3,500 visits. There have only been four overdoses and no deaths so far.

DeMong said if PHR was able to increase its hours each day, more people would use the facility.

“We have people coming in multiple times a day,” she added, acknowledging that other provinces are allocating money to safe consumption sites.

“In reality, we are about 10 years behind the rest of the country in supporting harm reduction (and) supporting people living with HIV (and) preventing HIV transmission.

She said Saskatchewan is facing a crystal meth crisis, a looming fentanyl crisis and an ongoing overdose crisis.

“I don’t understand the (government’s) lack of strategic planning and a strategic approach in funding the province to start preventing some of these deaths,” DeMong said.

In January, after the release of the coroner’s report, Addictions and Mental Health Minister Everett Hindley said the figures were very concerning.

“They’re friends, they’re family (and) they’re people in our communities,” he said. “It’s a tragic absolute number of lives that are lost.”