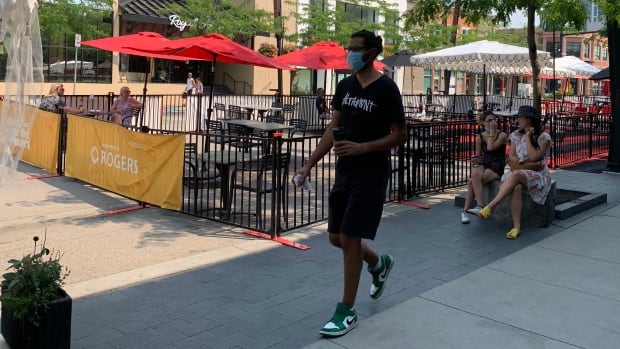 Further health restrictions are being reintroduced for the central Okanagan in British Columbia to manage a continuing increase in COVID-19 cases, officials said on Friday.

There will be limits on the number of people allowed to assemble, both indoors and outdoors. Nightclubs and bars will be closed from Friday, while alcohol cuts in restaurants will be at 10 p.m. PT.

People planning to travel to the central Okanagan should try to cancel or postpone, officials said. Anyone who is not vaccinated, in particular, should avoid the area.

“This is not where we wanted to be,” Provincial health worker Dr. Bonnie Henry said at a press conference Friday.

The region is experiencing an upsurge in COVID-19 cases. The delta variant causes an increase in COVID-19 in young people between the ages of 20 and 40 who are not vaccinated or who have only received a single dose.

Gatherings in the central Okanagan are restricted as follows:

A mask warrant imposed last week in an attempt to slow the spread remains in place.

Nearly 60 percent of the new cases reported for the entire province on Thursday were in the Interior Health Region. The “vast majority” of Interior cases are in the central Okanagan, an area that includes Kelowna, West Kelowna, Peachland, Lake Country and Rutland.

Officials said the local outbreak has tripled from around 300 cases to around 1,200 since last week. The delta variant is responsible for about 80 percent of these cases.

The outbreak has also spread through the healthcare system at a time when resources are already strained due to aggressive forest fires, smoky skies and lingering heat. “Dozens” of healthcare workers have been infected, officials say, and there are two new outbreaks in long-term care.

The restrictions announced Friday apply to everyone in the central Okanagan, even if they and their group are fully vaccinated, health officials said.

“Right now, as we see a lot of transmission of a highly transmissible virus, we need to take action to protect everyone,” Henry said.

About 95 percent of hospitalized COVID-19 patients in British Columbia as of Friday had not been vaccinated or had only received a single dose. Not all intensive care patients are vaccinated, Henry said.

British Columbians aged 12 and over who have not yet been immunized can register in three ways:

People can also be vaccinated at walk-in clinics across the province.