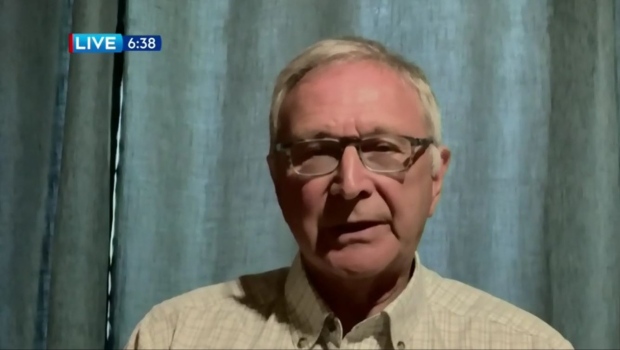 Higgs stands by his decision to lift the restrictions; explains what would trigger their return

HALIFAX – New Brunswick is in a fifth day with no mandatory COVID-19 restrictions. The change was made even though the province has yet to meet its stated goal of 75 percent of the population vaccinated with a second injection.

STEVE MURPHY: Premier Higgs, for many, many months and really until not too long ago, you tied the lifting of these restrictions to meeting your immunization goals and not dates, so why did you you finally decided a little suddenly to give up on that.

BLAINE HIGGS: We saw that the level of transmission significantly decreased in the only exposure we had was from people who really decided not to get the vaccine. It’s still a concern, but how long are we waiting? We discussed this at length not only once in the COVID cabinet committee group, but also with public health and what the recommendation was, and they think we could safely open sooner and we certainly think so too. We see an opportunity for the citizens of this province who have worked very hard over the past 18 months to stay healthy and safe to have the opportunity to see family friends and enjoy the summer, and we think there is a balance here between mental health, interaction and coming back to life with COVID and a life more as we knew it. People need to be concerned about getting vaccinated, we have enough vaccines, we need people to continue this process.

SM: The vaccination rate has slowed down since you did this; Are you worried that you have unintentionally discouraged vaccination by doing this?

BH: Well, there is that balance. I accept that there is a balance where people would say “well, I guess I can get the vaccine now all summer long”. People find other priorities; I encourage people not to do this. We want people to continue what we’ve seen slow down all summer long and anyway, we had hoped by early December we were going to hit that target, but obviously it slowed down later in July, but we are still confident, and that becomes the risk of those who are not vaccinated. Of our active cases right now, about 90 percent are unvaccinated people and you know that’s a concern.

SM: You mentioned that the all-party cabinet committee approved this change and that Dr. (Jennifer) Russell approved it, but where did the idea come from, was it politicians or public health?

BH: No, it wasn’t as politicians, it was a common diagnosis. We certainly received a recommendation from public health that we could do this a bit, none of it was based on a political decision as part of this process. But I would say this: Throughout this pandemic, there has been a consideration by public health, by my colleagues, by the cabinet COVID cabinet committee, that there is a balance between mental health and economic reality, social interactions, and that’s what we’re trying to hit on throughout this process.

SM: Polls show some Canadians now fear the worst is yet to come because of the Delta variant. How do you respond to those who say, looking at places like the UK and even our own country, that you’ve taken the plunge, the Delta variant is going to come in and it’s going to get out of hand again?

BH: Well, you know the opportunity lies squarely with those who have chosen not to be vaccinated. We have enough vaccines. At one time this was not the case, but it is not the case today, so we need those who have just chosen not to be vaccinated because yes there is a risk for those who have chose not to get the vaccine, to have the Delta variant spread. I agree, but what do we do then we wait for those who choose not to. Do we force vaccines? Let us let the rest of society shut down. We chose to say, “Look, we’re ready. We can vaccinate anyone. We can handle the crowds, we need you to be part of the solution.”

SM: But anyway, why did you decide to allow people from other parts of the country who have chosen not to be vaccinated to enter New Brunswick without restriction?

BH: Well the immunization levels across Canada are similar, I mean, you know, we’re all in the same situation. So open it to the rest of the country, open it to a friend’s family across different provinces. We have therefore balanced this risk. It is time for us to become a nation again. I think people certainly respect that, and we’ve seen people who want to keep asking. That’s fine, they can do it through social listening, we said keep following the protocol, you are still tracing contacts, we always advise those who test positive to self-isolate. We do all of this, we just let the people who have been fully immunized, you know, enjoy life again.

SM: Why isn’t the decision to open that you made and open wide accompanied by a decision to also significantly increase surveillance, i.e. to test for s’ ensure that the delta variant in particular does not fit?

BH: Well, we are testing because we have always thrown it out when people have symptoms of any kind related to COVID or appear to be. We are testing as much as we have ever done; we always have. We never went to mass tests, unless they were in a lockdown situation.

SM: But if you open up and remove all restrictions, doesn’t that make a case for a lot more testing?

BH: You could argue that maybe it does, but you could argue that it did in some of the cases where we actually closed our doors or entered different phases of our restrictions. Basically, we said we have no grounds to maintain an emergency order, which then changes our view of what society can do. So we still follow the protocols we followed for 18 months regarding testing.

SM: Ontario has decided to require all students to wear masks when they return to school in September. Are you going to watch this?

BH: Well, obviously we’ll look at that. I hope we don’t have to do this, I hope that our schools will open up, as they have done in the past, and that we can bring the students back to normal. Unless something changes over the next few weeks, I certainly don’t think we need to go down the path Ontario has taken. But, we will base each decision according to the situation at the moment, but I hope it opens up as we normally do for internationals

SM: What should happen, what would be the parameters or numbers to reinstate the restrictions you lifted?

BH: Well, hospitalization is the trigger and all the talk you know about with public health and looking, it’s “what’s the level of hospitalization?” We don’t have anyone in the hospitals. And so you know people are going to test positive, even people who have been vaccinated are positive, but they don’t have real symptoms, I mean. And those who have cold symptoms. Hospitalization was therefore the trigger, we can speak of cases, but the real measure is the people who fall ill and go to the hospital.

SM: If you start to see more hospitalizations, are you going to reimpose restrictions?

BH: Well if we see this at a point where our healthcare system is under strain, yes we will have to look at what actions are needed at that time and I’m sure there will be a willingness to do so to the part of the public as I am.

Why is food bank use increasing as the pandemic subsides? Officials are not sure