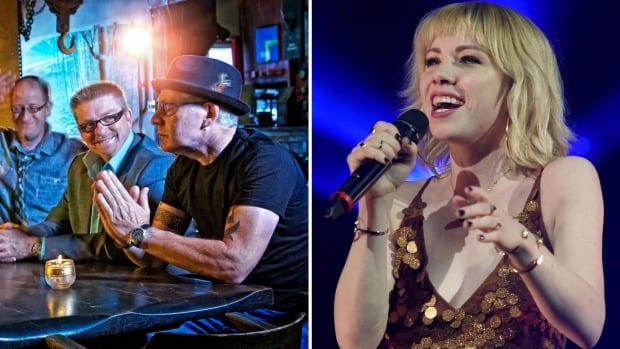 A staple of BC weddings and karaoke nights beat out a pop megahit beloved by the queer community, like House for a rest by Spirit of the West was voted favorite song by a British Columbia artist call me Maybe by Carly Rae Jepsen.

More … than 100,000 votes were tweeted for a week and a half during the #bcsongbracket, led by none other than CBC BC Resident Classifier, Municipal Affairs Reporter Justin McElroy.

It was a photo-finish on Tuesday, with House for a rest sneak call me Maybe by less than two percent of the votes cast. Over 20,000 votes were cast in the final round alone.

House for a rest has been produced in 1990 by North Vancouver-based folk rock band Spirit of the West. The song is considered a classic of Canadian music and details a rowdy drinking session in London, England.

jepsen success of 2011 call me Maybe, from his EP Curiousity, was produced in Richmond. The song about flirting with a stranger catapulted the singer – originally from Mission in the Fraser Valley – into international stardom.

IT’S TIME FOR THE CHAMPIONSHIP MATCH IN #bcsongbracket

CALL ME MAYBE VS. HOME FOR A REST

THIS IS HOW WE GOT HERE

“There’s this real sense of identity and connection to these bands and these songs, which is fun to see,” McElroy said.

“[It’s] partly a fun distraction, but partly something that binds us all together and has been a joy to see people debating about it over the past week.”

The Twitter poll was thorough, with over 700 applications reviewed and careful sowing carried out to determine the support of 32 songs.

ok justin, you get it, just make a parenthesis now pic.twitter.com/uAR4MJcZvE

The songs were separated into “Classic” and “Modern” sections, with the year 1995 serving as the cut-off point between the two categories.

Geoffrey Kelly, one of the founders of Spirit of the West and co-author of House for a rest, called the victory “heartwarming”.

“Considering the song is 33 years old now and it still has that resonance with people…it’s really uplifting,” he told CBC host Gloria Macarenko. On the coast.

“I think Justin has done a wonderful job of including so many different styles of music…so kudos to him for putting together all this wonderful stuff.”

WATCH | As voted by Twitter, BC’s favorite song by a local artist:

Kelly describes her greatest support triumph as House for a rest to beat baby beluga, the 1980 children’s song by artist Raffi, who moved to British Columbia in 2008.

baby beluga was something of a fairy tale through the medium, beating established hits like Summer 69 by Brian Adams, make it work by Doug and the Slugs, and We’re here for a good time by Cavalier.

“It was really cool to include a kid’s song, especially an iconic song like baby beluga. It was nice to have that balance on the pitch,” Kelly said.

The song often received a boost in the votes from Raffi tweeting about it – a phenomenon also seen on the last day, with call me Maybe co-writer (and lead singer of Marianas Trench) Josh Ramsay’s tweet resulting in a rush of votes for call me Maybe.

But eventually the nostalgia swirling through the flutes in House for a rest beat Jepsen’s toe tapper.

WATCH | Carly Rae Jepsen’s 2010 hit is one of the most watched on YouTube:

Here is an overview of the list of finalists:

Driver was drug-impaired in crash that killed woman