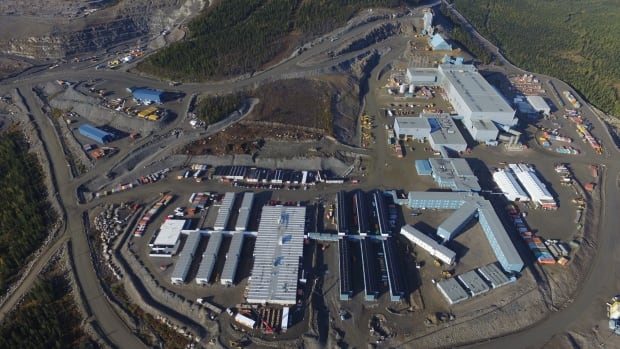 As the Government of New Brunswick and the Wolastoqey Nation prepare for what could be a ten-year legal battle over Aboriginal title, an alternative approach continues to unfold on the eastern edge of Atlantic Canada.

In Labrador this week, owners of the Voisey’s Bay nickel mine halted shipping to and from the mine, as they do every year on December 6.

This is part of an agreement to minimize the breaking of winter ice by ships so that Inuit and Innu hunters can cross this ice to harvest in their traditional territories.

Two decades ago, “the issue threatened to break the deal,” said a 2008 presentation by two officials from Vale Inco, the mine’s owner.

But the Inuit and Innu, already engaged in land claims negotiations with the government of Newfoundland and Labrador, have agreed to set up a working group with the company.

â€œOver the years, this group has established a common trust and understanding between the parties on the issue of open water and winter boating,â€ said Vale Inco in 2008.

Now, the company periodically interrupts its expeditions during the winter to allow the water to freeze again so that it can be used by the Inuit and Innu.

This agreement and broader agreements on financial and employment benefits for the Inuit and Innu of Labrador are a potential model for other provinces facing seemingly intractable land disputes.

“It was new, different. It was kind of revolutionary back then,” said Roger Grimes, who was Premier of Newfoundland and Labrador when the agreements were negotiated.

Fighting in court could have condemned the mine and cost the Inuit their five percent share of provincial royalties from the mine, said Theresa Baikie, Impacts and Benefits Coordinator for the Nunatsiavut Government.

Nunatsiavut is the self-governing entity of the Inuit people of Labrador established in 2005 following the settlement of their land claim.

“I don’t know if the project would have been successful” if there had been a long legal battle, Baikie said.

“Either that or we wouldn’t have the benefits we’re getting, whether it’s training, employment, royalties, or business opportunities.”

Royalties from the mine have helped fund education, culture and language preservation, youth programs and skills training in Nunatsiavut communities.

There are big differences between the land claim negotiated by the Labrador Inuit and the lawsuit brought by six Wolastoqey chiefs in New Brunswick.

The Wolsatoqey chiefs want title deeds to large tracts of land where industry, mostly logging companies, has already been present, in some cases since the 19th century. A title finding would force these companies to negotiate with the chiefs to continue logging.

In Labrador, the Voisey’s Bay nickel deposits had not been discovered and there was no mine when the Inuit and Innu began to negotiate their land claims.

But when prospectors discovered deposits in 1994, it became a major issue in land claim negotiations.

â€œThe governments of the dayâ€¦ would suggest that anyone looking to develop in Labrador engage with Aboriginal groups. Otherwise it would be almost a mad rush, â€said Grimes.

â€œIf it were to be developed in the best interests of the province, achieving it would certainly require and require the full support of Indigenous groups. “

Inco’s willingness to negotiate benefit agreements directly with the Inuit and Innu and to pay â€œlarge sumsâ€ was also essential, he said.

In return for these benefits, the two nations excluded the nickel deposit from their land claims for the life of the mine.

“Because they were already seeing benefits and real money from the company directly,” said Grimes, “they were more than willing to tell us about the exclusion.”

The Inuit settled their claim in 2005 with the creation of the Nunatsiavut Government, the only Indigenous self-government in Atlantic Canada.

The land covers over 116,000 square kilometers of land and sea, an area larger than New Brunswick, with 2,300 people living in five small communities.

The Inuit voted 82% in favor of the Voisey’s Bay accord. Their nation received $ 53 million in royalties from the mine between 2006 and 2014, according to court documents.

The Innu land claim has still not been resolved, but Inco has also entered into a benefit-sharing agreement with them so that the mine can move forward. He received a 76 percent yes in a referendum.

Inuit and Innu and contractors are preferably hired as long as they are qualified. The minimum is 25 percent native employment, but the target is 50 percent.

â€œPeople have now started and retired from the mine,â€ Baikie said. â€œSo they had a career, basically.

â€œI think one of the things that is personally rewarding to me is when I see people who have been on welfare or unemployed for long periods of time finding a job.

While the history and circumstances are different from the Wolastoqey claim in New Brunswick, the spirit of compromise is a good example of how to resolve contentious disputes, Baikie said.

“Overall it has been very respectful, fair,” she said of Vale Inco, the company operating the mine. “They know we take it seriously. It’s not just a document on a shelf somewhere.”

Penashue said the company was easier to deal with than governments and had honored agreements more faithfully.

There were pitfalls along the way, including an Inuit lawsuit when the province argued that Vale Inco’s write-off of the costs of building a refinery in Newfoundland reduced its royalties to zero and did not mean no money for Nunatsiavut as of 2015.

A judge ruled in favor of the Inuit last year and ordered the province to pay.

No one from Vale Inco responded to an interview request.

But during the 2008 presentation at an international conference on resource projects and indigenous relations, the company said its goal was “to establish and maintain an effective relationship based on mutual respect, cooperation, trust. and good faith â€.

â€œAffected communities need to know that their voice has been heard and that what they have said has been taken into account,â€ wrote Tom Paddon, general manager of the mine, and Isabella Pain, superintendent of indigenous affairs for the company. .

â€œThe development of Voisey’s Bay is a better project today because of the time it took to make the necessary deals.

Penashue said industry players and government should realize that “the world is changing very quickly” with more and more legal victories for indigenous peoples.

â€œGo to the table and sit down and negotiate the terms and conditions,â€ he said. “There is no way to avoid it. … There is no investor who is going to put money on questionable land.”

In 2014, the Supreme Court of Canada issued a clear warning to governments in its decision Tsilhqot’in Nation v. British Columbia.

“If a law was validly enacted before the establishment of title, such a law may be rendered inapplicable in the future to the extent that it unjustifiably infringes aboriginal title,” the court said in the decision.

â€œIt makes it very difficult, when the backs are already up, I think,â€ she said.

â€œOpen and respectful negotiations or discussions, community consultationâ€ is the best approach. “Hear the words of the people.”

Grimes would not comment directly on the Higgs government’s position.

“It is the right of any elected government,” he said. “They receive a warrant and they interpret their mandate as they understand it.”

But in Labrador, he said, a refusal to negotiate would likely have doomed the mine.

â€œIf we had taken this route, I’m not saying it would be developed today,â€ Grimes said. “That was my impression. There was an opportunity here, and the desirability was going to depend largely on an accommodation being made.”