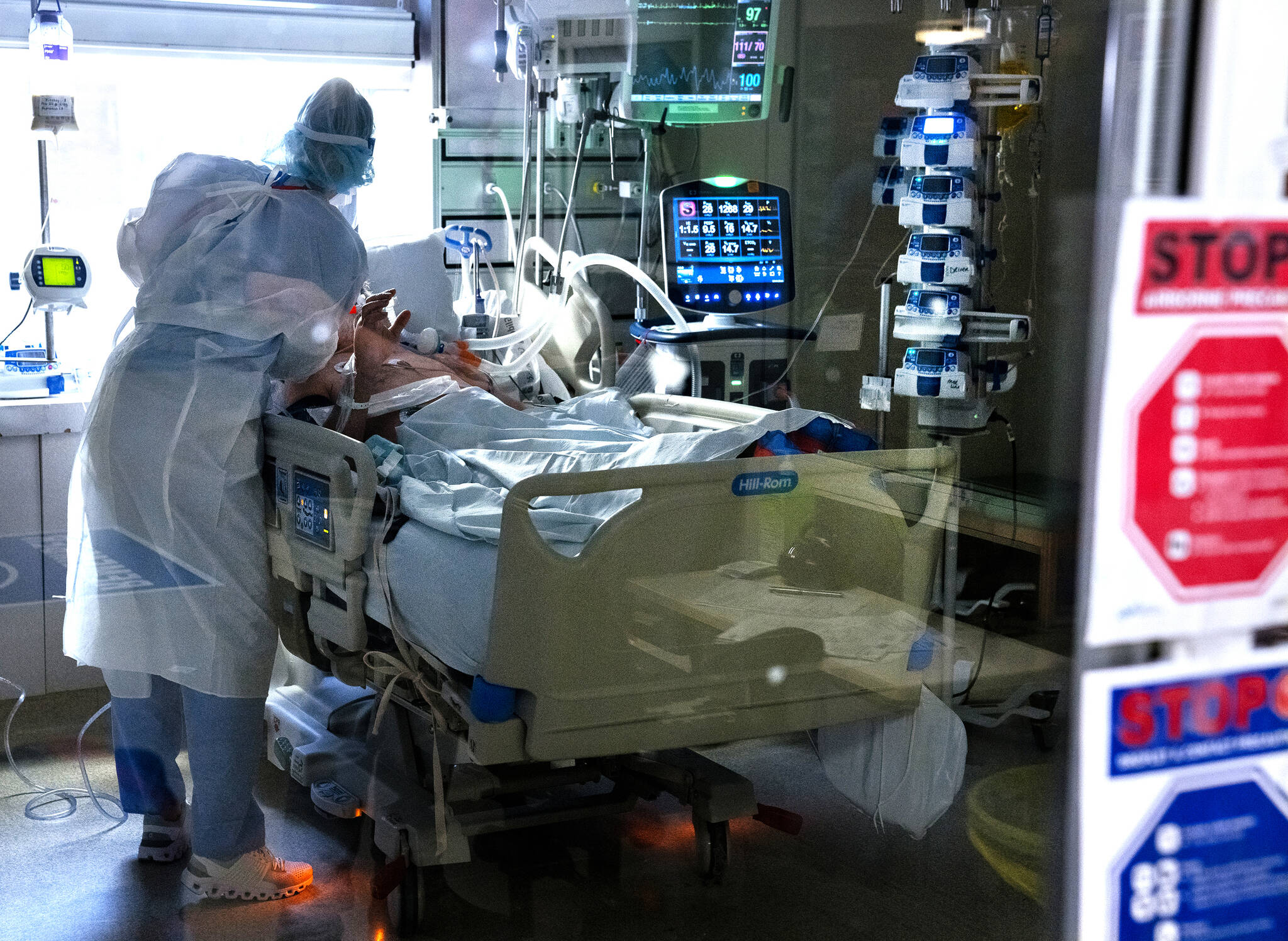 Private nursing agencies are hogging more of Manitoba’s health care budget as sick and tired nurses take more time off and competition drives up the province’s bill for temporary workers.

“Our nurses are burning out at a rate I’ve never seen before,” said Manitoba Nurses Union President Darlene Jackson. “We just don’t have the capacity to fill in if we don’t use agency nurses.”

On average, Manitoba’s five regional health authorities are spending 34 per cent more per month on private nurses than they did a year ago, despite the Progressive Conservative government’s efforts to wean itself off for-profit agencies.

Between April and August, health authorities spent a total of $22.8 million to cover nurse vacancies and absences, an average of $4.57 million per month, according to figures provided by Shared Health. . At this rate, the regions could top the $40.9 million that agency nurses cost the province in the 2021-22 fiscal year.

Nursing spending is growing fastest at Prairie Mountain Health, which serves residents of Brandon and rural communities that stretch from Treherne to the Saskatchewan border.

The region racked up an $8.6 million tab for private-for-profit nurses in the first five months of the fiscal year, about 70% of what the region spent on agency nurses in 2021- 2022. However, vacancy rates in the region have only increased by a few percentage points over the same period.

Nurses on the public payroll are stretched thin, Jackson said, adding that sick days are increasing, vacation requests are increasing and some nurses are simply deciding to leave.

“We have burnt-out nurses — who come to work exhausted — and can only maintain that speed and work environment for so long,” she said.

Prairie Mountain Health chief financial officer Dan McGregor said expenses for agency nurses are rising, in part, due to increased travel and mileage costs. Travel costs for agency nurses more than doubled to $4.2 million from a year ago as the health authority is forced to seek staff further afield.

Nurses in Prairie Mountain – like in most areas – were also encouraged to take time off during the summer, which likely contributed to higher monthly spending on agency workers in the first half of the year. .

And while the region and province focus on increasing the number of public sector nurses, McGregor said agency workers are needed to keep sites staffed.

“The reality is that people can’t do that much overtime,” he said. “It’s unfortunate that we’re at this point where we have to go to the agency, but…that’s something we just can’t cut.

“We would put patients at risk or the service at risk.”

“Every doctor I work with (in the emergency department at St. Boniface Hospital) tells me this is the worst thing they’ve seen in their entire careers,” said Thompson, chairman of the board. administration of the advocacy group Doctors Manitoba, in a statement posted Monday on social media. . “Our hospital wards are full and as a result our emergency rooms are full of patients admitted waiting for a seat upstairs.”

Thompson was unavailable for an interview Monday, but said he would speak to reporters about the excruciating conditions at St. Boniface Hospital on Tuesday.

Nurses who leave the public sector for agencies often seek better work-life balance and higher pay. Agency staff can set their own schedules, avoid mandatory overtime, and will often receive per diem, mileage, or travel expenses if fired from home.

In addition to pressure from private agencies, Manitoba also competes with other provinces making compelling bids in an effort to retain and attract nurses, Jackson said.

“We are in a national shortage of nurses,” she said. “At this point, it really comes down to what an employer is willing to do and what they can spend to get agency nurses to where they are. We see some pretty stiff competition there.

“We’re in a national nursing shortage…It’s really at this point what an employer is willing to do and what they can spend to get agency nurses to where they are. “–Darlene Jackson

Health Minister Audrey Gordon was not made available for an interview on Monday. Previously, the minister said she wanted to see the number of nurses in the public system increase, but had not set a target for year-over-year reductions in agency spending for nurses. nurses.

Opposition health spokesman Uzoma Asagwara said the Tories were not doing enough to retain the nurses they had in the public health system.

“This government is spending money and investing money in all the wrong areas,” Asagwara said. “And it will have a negative impact on health care outcomes for Manitobans.