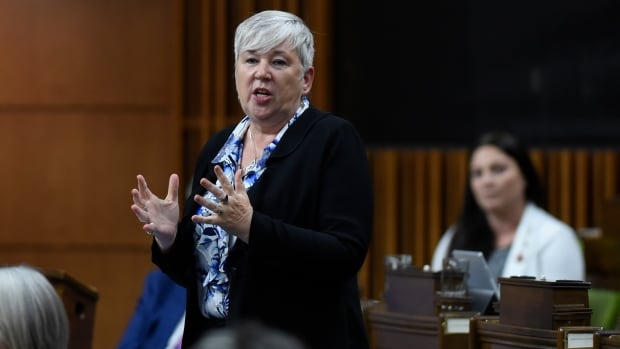 The Inuit of Nunavut are suing the federal government for deciding to hand over a significant portion of the fishing licenses off the coast of Nunavut to a coalition of Mi’kmaw First Nations in Atlantic Canada.

In a lawsuit filed earlier this month, Nunavut Tunngavik Incorporated (NTI) and the Qikiqtani Inuit Association (QIA) have asked the federal court to overturn a decision by Canada’s Minister of Fisheries and Oceans to transfer the licenses for Greenland halibut and shrimp from the seafood company Clearwater. Foods to the coalition, after the Mi’kmaw group teamed up to buy the company in January.

The lawsuit describes how Nunavut fishermen held only about 50 percent of the total fishing quota for all species off the coast of Nunavut, which the Inuit say is disproportionate to the 90 percent that the fisheries in the Atlantic provinces have off their own coasts – a recognition by the federal government and DFO have done this on several occasions.

Clearwater Foods, prior to its sale in 2021, held a significant portion of these turbot (also known as turbot) and shrimp licenses off Nunavut waters.

Nunavut’s fisheries, however, benefit from more than 70 percent of the halibut-specific allocations off its coasts, after the territory’s fishermen received the majority of a quota increase in 2017. At the time, it was hoped that this decision signaled a change in attitude towards the principle of contiguity on the part of the federal government.

The Nunavut Accord – the land claims agreement that created Nunavut – also contains a section that says the federal government “recognizes the importance of the principles of adjacency” and the importance of the fisheries to the economy of the country. Nunavut, and â€œmust pay particular attention to these factors when granting commercial fishing licensesâ€ off its coasts.

The federal government did not file a defense in response to the lawsuit.

According to the lawsuit, when Clearwater announced in March 2020 that it was for sale, NTI, QIA and the Government of Nunavut wrote to Minister Bernadette Jordan to propose a plan by which the Nunavut fisheries could acquire the licenses Clearwater held. off the coast of Nunavut. They also sent a follow-up letter in May 2020.

Neither letter received a response from Jordan. Reached by phone on Wednesday, Jordan, through his staff, declined to comment after his loss in the federal election on Monday.

The lawsuit also states that QIA raised the issue with Jordan during a phone call in June 2020 and sent further letters in July and September.

The first time Jordan’s office contacted stakeholders in Nunavut was in February 2021, according to the lawsuit, a month after DFO received the Mi’kmaq fishermen’s transfer request. Jordan was seeking comment on the transfer request, to which the Government of Nunavut, NTI and QIA reiterated “historic inequalities” and argued for the licensing of offshore Nunavut to Qikiqtani communities.

Stakeholders in Nunavut did not hear from federal officials again until August 2021, when DFO Deputy Minister Timothy Sargeant wrote to NTI and QIA advising them of the transfer decision that had already been made. socket.