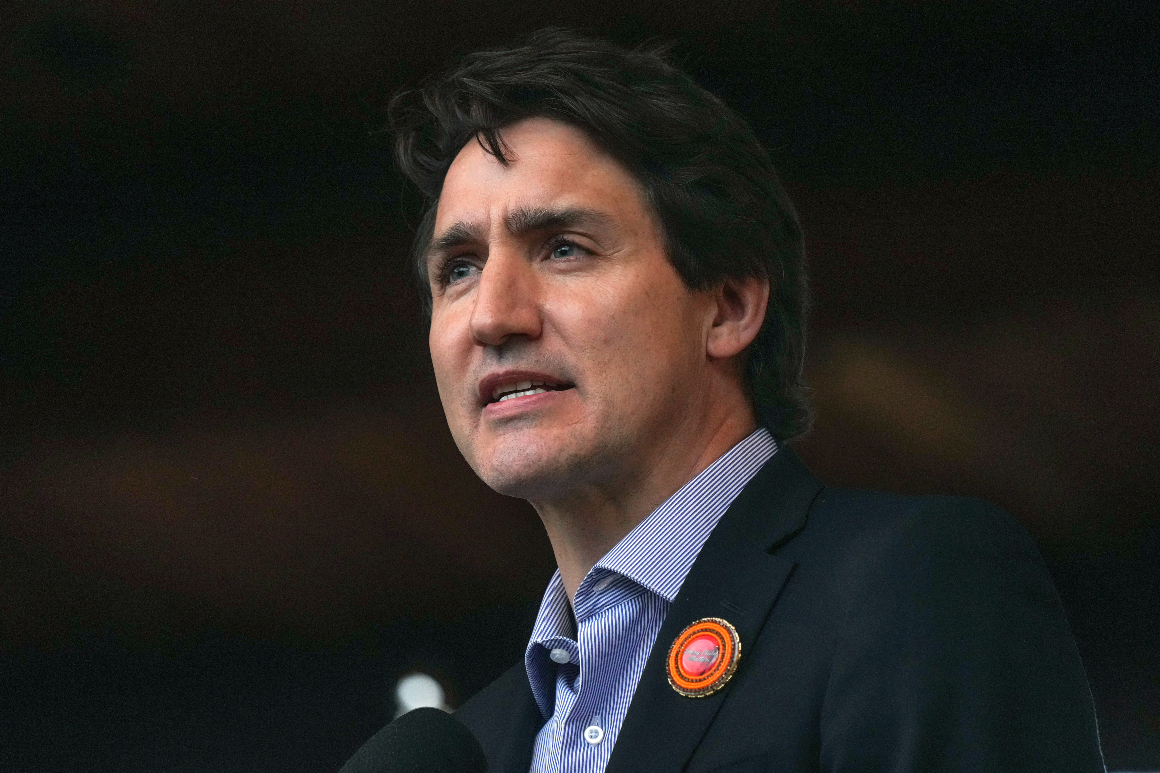 “In other words, we are capping the handgun market.”

The Liberal government is also aiming to revoke gun licenses for perpetrators of domestic violence or stalking, and a press release promised a ‘red flag’ law that would allow judges to force gun owners “considered a danger to themselves or others” to hand over their firearms. .

The government will also require long gun magazines to be modified to carry no more than five rounds.

“We only have to look south of the border to know that if we don’t act, firmly and quickly, it gets worse and harder to deal with,” Trudeau said when asked. if the legislation went too far.

Monday’s announcement in Ottawa contrasts sharply with the political fallout in the United States from the Uvalde tragedy, where a gunman killed 19 school children and two teachers at Robb Elementary School.

Following the shooting, President Joe Biden pleaded for change, asking, “When in the name of God are we going to stand up to the gun lobby?”

Biden traveled to Uvalde on Sunday and met protesters who chanted at him to “do something” about gun violence. Biden replied, “We will,” and then tweeted that his administration was “committed to turning this pain into action.” It’s unclear what he meant, given the political hurdles facing the proposed gun laws.

In Canada, however, there is broad public support for gun control measures, including a complete ban on civilian possession of handguns.

In April 2020, a gunman posing as a police officer went on a rampage in the Atlantic province of Nova Scotia, killing 22 people in the deadliest mass shooting in Canadian history. The tragedy prompted Trudeau to announce an immediate ban on 1,500 types of weapons of what his government calls “assault type” weapons, including semi-automatic firearms designed to fire rapidly.

The government promised to create a buy-back program for newly banned guns, but a gun control bill died on the order paper ahead of last year’s federal election, which brought the Liberals back to power with another minority government. Gun control supporters criticized the bill for proposing a buy-back program that was merely voluntary.

During the 2021 election campaign, the Liberals promised even tougher gun control measures if re-elected, including a mandatory program that would force owners of assault weapons to sell them back to the government.

“I can confirm the imminent launch of the initial phase of this program as we begin consultations with industry on compensation,” Mendicino said Monday. “We intend to release more details of the compensation scheme this summer.”

The minister promised to start buying back AR-15 rifles before the end of 2022. “It’s going to be tough. But we will get there,” he said.

The Liberals have also promised to provide at least C$1 billion in funding to provinces and territories that ban handguns.

Canada has seen an increase in gun violence in recent years. A new report from Statistics Canadapublished on Friday, shows that violent crimes related to firearms have been on the rise since 2015. The report also reveals that the proportion of homicides involving a firearm has increased from 26% in 2013 to 37% in 2020.

Still, that’s far fewer than in the United States, where nearly 80% of murders in 2020 involved a firearm. And gun violence accounted for less than 3% of all violent crimes reported to police in 2020, according to Statistics Canada.

Public opinion polls also shed light on why Liberals see gun control as a winning policy issue. Earlier this month, Angus Reid Institute poll results showed that 60% of respondents believe gun violence is on the rise in Canada. Additionally, 44% said current laws in Canada are not strict enough, compared to only 17% who said gun laws are too strict.

Opposition Conservatives, however, criticize the Liberals’ approach as targeting law-abiding gun owners while failing to tackle the illegal gun trade, which they say is responsible for the majority of crimes committed with firearms in Canada.

The Statistics Canada report highlighted gaps in data on gun violence, including whether the guns were obtained legally. “It is of particular concern that there is currently little information available to determine the source of firearms used in crime: for example, whether a firearm used in a crime was stolen, purchased illegally or smuggled in the country,” it read.