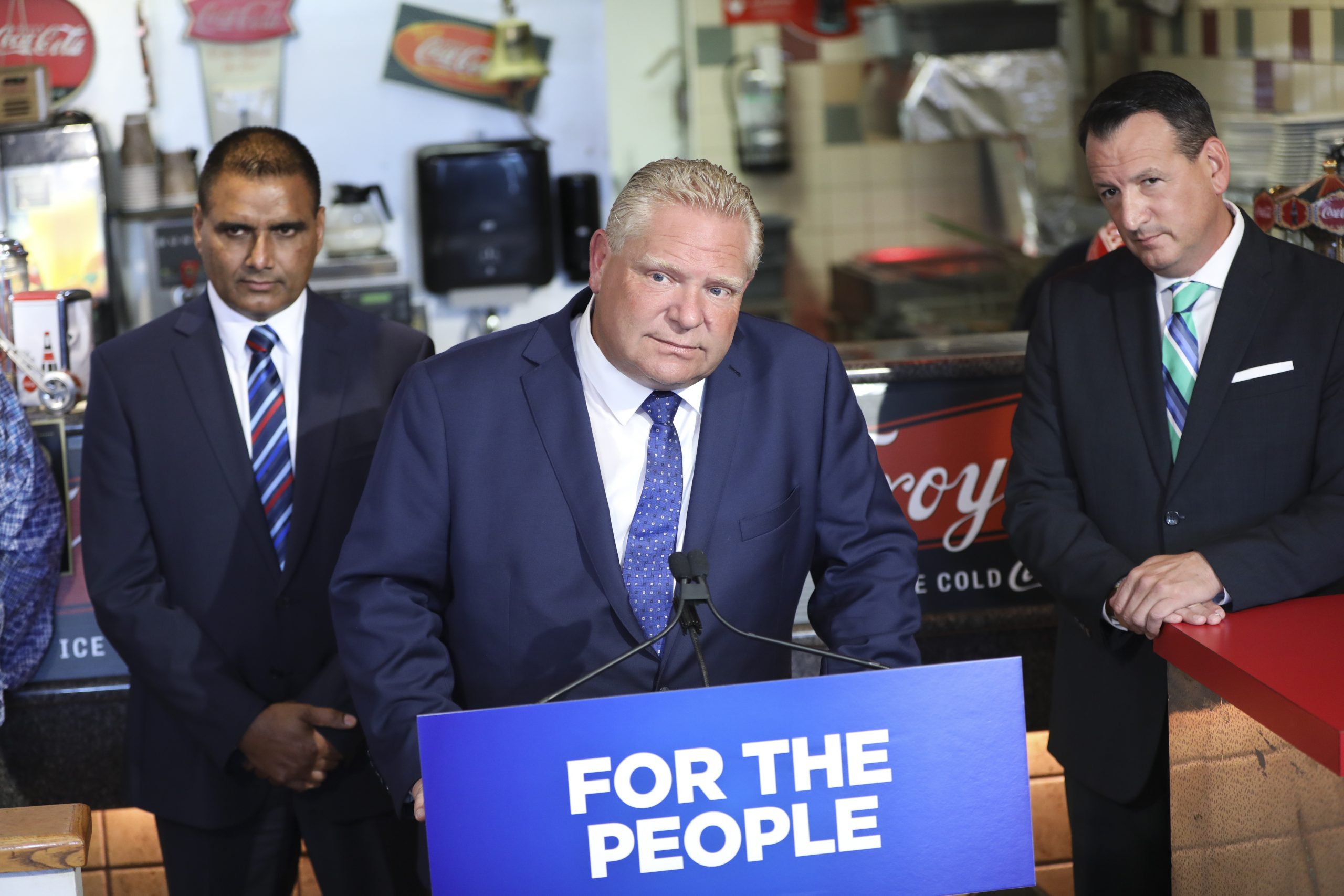 It’s time for Doug Ford to bring back the discounts on new electric vehicle purchases – WHEELS.ca

For populist politicians, it is always about finding ways to attack the so-called “elites”.

Populist Ontario Premier Doug Ford is convinced that only millionaires are interested in electric vehicles. Once he took office in 2018, he ended the provincial rebate on new purchases of electric vehicles that the previous McGuinty and Wynne governments offered.

Ford, of course, based its conviction on the six-figure price of certain top-of-the-line Tesla’s, with their high-powered electric powertrains and status symbol appeal. It’s a position he still holds today, as evidenced by a comment he made recently.

In response to a question from a reporter on Nov. 11 about the possibility of reinstating the EV rebate, Ford said, “I’m not going to give rebates to the guys who buy $ 100,000 worth of cars – millionaires.

It’s a prime minister’s favorite populist trope, but one that shows he hasn’t paid much attention to the changing electric vehicle landscape since taking office.

As proof, he can visit the Electric vehicle comparison page Plug’n Drive, a non-profit organization committed to “accelerating the adoption of electric vehicles to maximize their environmental and economic benefits”. Of the 34 models and trims found on the page that are available in Ontario, only five have an MSRP over $ 100,000. In addition, 11 of them were priced under $ 50,000.

Ford’s stance on the rebates seems at odds with his government’s projections for the growth of electric vehicles under their Ontario’s Environmental Plan 2018. In one 2019 report on the environment, the Auditor General of Ontario noted that the Ford government had forecast 1.3 million electric vehicles on Ontario’s roads by 2030. This represents an increase of more than 3,000% per year. compared to the 41,000 electric vehicles registered at the time. According to Statistics Canada, between January 1, 2020 and June 30, 2021, 14,436 other electric vehicles were sold in Ontario. This is an upward trend, but the new total represents just over four percent of the 2030 target.

If we are to have any hope of hitting the target, Ford simply cannot rely on market forces alone. The government needs to be involved, and fortunately there are a number of options to choose from.

Generally speaking, the tools available to a government to effect change are divided between incentives and penalties. It’s the classic carrot vs stick comparison, and across Canada we see examples of both.

The most common approach to encourage the purchase of new electric vehicles is to offer discounts that are deducted from the purchase. Currently, five provinces offer discounts of varying amounts on the purchase of a new battery-electric or plug-in hybrid vehicle. Quebec and British Columbia have each offered discounts for several years, while New Brunswick, New Scotland and Prince Edward Island have rolled out rebate programs in the past 12 months.

While it’s too early to know how much of an impact the rebates in the three Atlantic provinces have had, figures show that in British Columbia and Quebec, incentives are making a difference.

According to a report released by IHS Markit, a market analysis company, the percentage of ZEV (BEV and PHEV) vehicle registrations for the third quarter of 2021 was 13% in British Columbia and 9.9% in Quebec. British Columbia currently leads the country with 12.3% of ZEV sales.

By comparison, Ontario was far behind, with just 3.1% from July 1 to October 31.

It should be noted that the federal government, through its IZEV incentive program offers discounts to buyers in Ontario, as it does across the country. When provinces have their own programs, motorists can double the incentives.

In addition, British Columbia and Quebec have taken a carrot-stick approach. Each province has created zero-emission standards, according to which automakers must insure a certain percentage of ZEV’s sales or face punitive measures. The mandates increase ZEV’s sales in both provinces, but they also impact sales in the rest of Canada.

Given the current supply shortages, any Canadian electric vehicle allocation from an automaker will go to British Columbia and Quebec first. The provinces offering discounts for electric vehicles are generally as follows. Meanwhile, other provinces, including Ontario, are waiting for what is left, if there is any.

A recent environmental report from the Auditor General looked at the government’s pledge that Ontario will align with the national climate change goals for 2030, which were agreed to in the Paris Agreement. Right now, they’re only 20 percent of the way. A sobering figure, but which can be accelerated thanks to a few interventionist fruits at hand.

The truth is, Ford needs to rethink its stance on incentives for the purchase of new electric vehicles. Since approximately 96% of Ontario’s total energy supply comes from non-carbon sources, the more vehicles we have on our grid, the more we reduce carbon emissions. And with roughly 35 percent of Ontario’s carbon footprint attributed to transportation, the return of Ontario’s ZEV rebate program should be obvious.