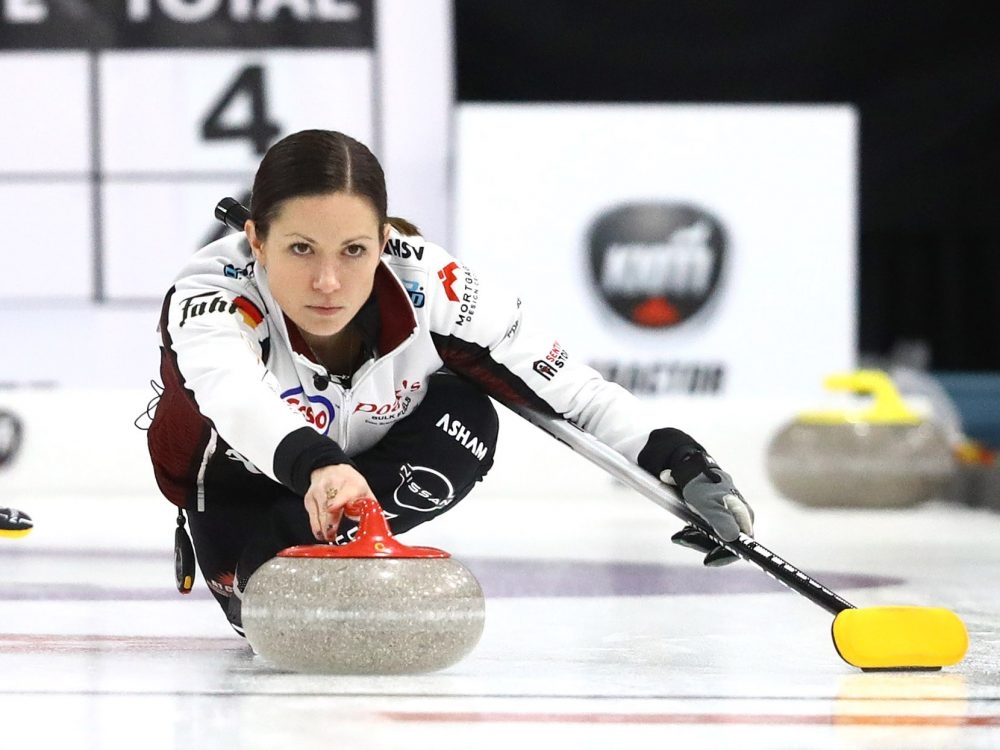 Kevin Koe and Laura Walker probably would have been there anyway.

If Alberta had canceled the provincial championships like so many other provinces due to the COVID-19 pandemic, it would have been almost automatic.

Had representatives been selected from the council chamber like everyone forced to do last year, Walker and Koe undoubtedly would have been back dressed in blue with the provincial coat of arms on their backs.

But Koe made his way to his 10th Brier and Walker to his third straight Scotties and that way was much more satisfying. And it was an event. It was Alberta’s first combination of championships in Grande Prairie.

It was Walker who spoke to him best at the end of the day.

â€œThere is nothing like winning. We are so proud of what Curling Alberta and Grande Prairie have achieved this week to keep us playing safe. We are so proud, â€she said.

Walker, who was unusually emotional when she won her first Alberta Scotties two years ago at Okotoks, nearly matched that after Sunday’s 6-5 final win over Lethbridge’s Casey Scheidegger because of all that was involved.

â€œWe were so lucky to be able to play this week when so many people in our country are kept away from what they love to do. Once again, we want to warmly congratulate Curling Alberta for giving us a chance to compete. We feel so grateful.

â€œIt’s just the world for us to go back and wear the Alberta colors again. We love to represent this province, â€she said of Kate Cameron, Taylor McDonald and Nadine Scotland who combined eight perfect shots in the last end.

â€œEvery trip to the Scotties is so special. We are so delighted to be going back. We feel like we’re getting into a good rhythm as a team and if we keep playing like that we’ll be in the mix.

For Koe, it was a potential first step towards making the story.

It was somewhat surprising that Koe found himself facing Edmonton’s Ted Appelman in the final.

Koe had been in Grande Prairie since the previous Sunday and had only had to play four games, all broken up, to advance to the final. Appelman had to play nine in the men’s triple KO format.

Appelman caused problems for Koe in the first end, but the Yellowknife native, who won his first Brier and world titles in Edmonton before being transferred to Calgary by his oil employers, was the hit of the week.

It was a brilliant double raise to score two with his last rock in the first end which he turned into a 6-2 lead in the fifth break with Koe curling 99%.

He had played most of his recent Briers wearing the Team Canada uniform.

“We were controlling every game all week and this game took it to another level,” said the captain, who said, “one of our best games of the year”.

Appelman didn’t think about making his third final in the past six years when he showed up to Grande Prairie with a pair of COVID positives and a last-minute addition to his Edmonton squad. But with a team from Nathan Connolly, Kevin Tym, Eric Richard and Aaron Slushinski came out of the grass to finish in the final this time.

â€œTwo of our players tested positive at Christmas, which means they couldn’t play here on day one. So we asked Aaron to join the team and off we went.

â€œWe curled with just three in the first game, Nathan and Kevin then got out of quarantine and joined us and they’ve been in and out of the roster all week. “

Appelman lost his previous finals to Brendan Bottcher and Koe, but the latter turned into one of the great curling experiences of his life.

â€œWe faced Koe in the final at Ellerslie in 2019 and they ended up asking me to join fifth man in the Brier and we ended up winning the Brier and a silver medal at the world championships,â€ said Appelman.

Chances are he will be asked to come back.

Team Scheidegger returns home at the end of an Olympic quadrennial after winning the Alberta title in 2018 and deciding now is the time to start a family.

â€œWe have had three babies in the last three years, Cary-Anne, Jessie and myself,â€ she said at the end after coming back from a two-game Alberta Scotties in 2020 eight weeks after having gave the diaper to his son Ryker.

â€œLosing a provincial final really sucks. We were really happy with our week but we come home wishing we could do a few more shots together. We put ourselves in a great position and just couldn’t finish at the end. “

From our newsroom to your inbox at noon, the latest Toronto Sun headlines, articles, opinions and photos.

The next issue of Your Midday Sun will soon be in your inbox.

We encountered a problem while registering. Try Again