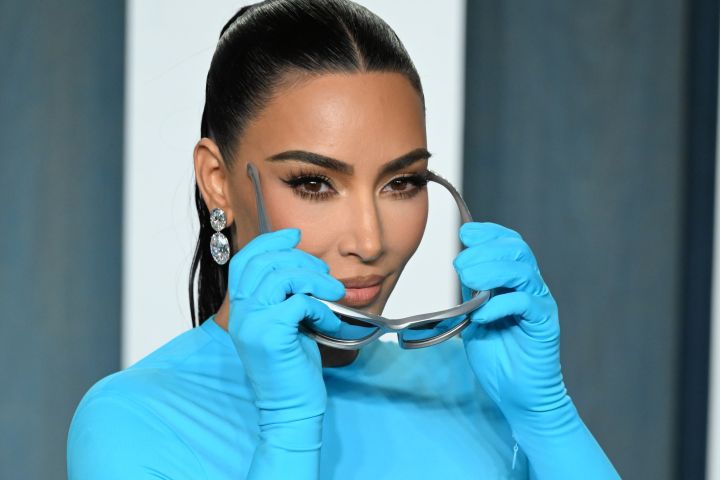 Not all jokes got past Kim Kardashian.

In the latest episode of “The Kardashians,” the reality star prepares for her hosting gig for Global’s “Saturday Night Live” in October 2021.

In the end, while Kardashian was up for all kinds of jokes, there was at least one that she felt went a bit too far and got deleted.

In a confessional, she says she’s “always afraid of hurting people’s feelings” and doesn’t want to make fun of the “father of my children.”

“And that doesn’t mean that because we haven’t worked, we don’t have great love and respect for each other.”

The “SNL” episode would feature a skit titled “The People’s Kourt,” in which actor Chris Redd impersonates his ex Kanye West, but as seen on “The Kardashians,” a joke in the skit must have being cut in which Kanye asks Kim to represent him in their divorce.

“Divorce is so emotional for him,” Kardashian told “SNL” producer Lindsay Shookus, “and so, I’m already saying that part of the monologue, I don’t wanna love…maybe I could talk to Chris and think of something funny. I could just say, ‘Hey! It’s super sensitive for him.

Kardashian imagines her ex would “love” the joke if he was in it, but even still, Shookus assures her that the joke will be edited or cut.

The reality TV star didn’t completely spare Kanye from his jokes, however. During her monologue, she said, “I married the best rapper ever. Not only that, he is the richest black man in America. A talented and legitimate genius who gave me four incredible children. So when I got divorced, you should know it came down to one thing: his personality.