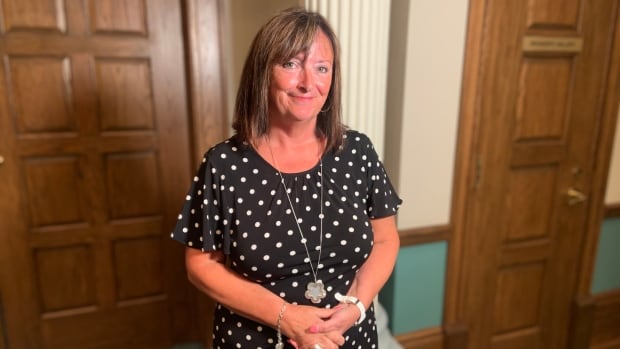 Opposition MPs and at least one women’s rights advocate are frustrated and disappointed after an access to information request revealed that the Newfoundland and Labrador government’s pay equity committee -Labrador hasn’t met in nearly three years.

According to a document obtained by CBC News, the interdepartmental committee — cited by Liberal politicians as part of the government’s action on pay equity — met four times in 2018, once on June 12, 2019, and then never no longer met before March 21. , 2022.

On Tuesday, PC Women and Gender Equality critic Helen Conway Ottenheimer told reporters she was “utterly appalled” to learn the committee had gone so long without meeting.

“We were led to believe that the interdepartmental committee was doing work, reviewing the research that had been done,” she said. “We learned that for three years there had been no meeting.”

Conway Ottenheimer pointed out that the March meeting came just six days after she asked Pam Parsons, the minister responsible for women and gender equality, if she would commit to implementing an equity law. salary during question period. Conway Ottenheimer said the lack of meetings indicates a lack of action.

“I’m at the point where I want to know what kind of work you do. Show us. Show us the work you do,” she said.

Parsons told CBC News that the timing of the March meeting was “absolutely unrelated” to the opposition’s pay equity issue.

Parsons, who became minister in April 2021, said work on pay equity was continuing outside committee meetings. She declined to give a timeline for the implementation of pay equity legislation, but said she “can’t wait” for the day that will change.

“I can’t stress enough that this is a top priority of this prime minister and this government and certainly of me,” she said.

Newfoundland and Labrador is one of four provinces and territories in the country, and the only one in Atlantic Canada, that has not implemented pay equity legislation.

In 2017, then-MP Gerry Rogers introduced a private member’s bill calling on the provincial government to develop pay equity legislation, which the government unanimously supported. Although the government formed the inter-ministerial committee, it did not enact the legislation.

Bridget Clarke is advocacy coordinator for the St. John’s Status of Women Council, one of the groups calling for this bill. She said the absence of committee meetings was “shocking” and “irresponsible”.

“The more time passes, the more money is withheld for people who should be fairly and fairly compensated for the equal value of the work they do,” she said.

Clarke said the fact that so many other jurisdictions in Canada have implemented pay equity legislation should make things easier for the Newfoundland and Labrador government.

“We have ample opportunity to analyze, evaluate and replicate the kind of steps we need to ensure that proactive pay equity legislation is the best it can be,” he said. she declared.

According to the St. John’s Status of Women Council, women in Newfoundland and Labrador are paid 66 cents on the dollar. Clarke said pay equity is the principle of paying workers equal pay for work of equal value, regardless of their role.

Parsons pointed to other initiatives, like the new pay grid for early childhood educators and $10-a-day child care, as ways the provincial government is helping women in the workforce.

In a statement, NDP Women and Gender Equality Critic Lela Evans said child care is not a substitute for pay equity.

“Pay equity legislation needs to be in place so that all women and non-binary people in this province can be paid fairly, not just those with children,” she said.

“Our struggles are not isolated and working towards gender equality and social equality must be holistic,” Clarke said. “It has to be far-reaching. And, at the end of the day, pay equity is a fundamental human right.”