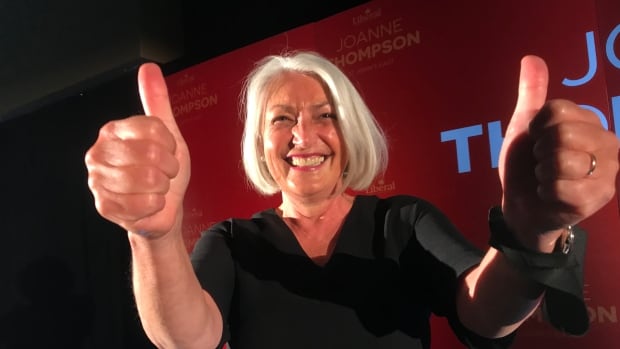 The Liberals won a seat in Newfoundland and Labrador, while remaining behind the stronghold Coast of Bays-Central-Notre Dame.

Liberal candidate Joanne Thompson defeated New Democratic Party candidate Mary Shortall with 43.7 percent of the vote at time of publication, compared to Shortall’s 34.7 percent, with all but two of the constituency polls.

“Change is possible, we can move forward together, we can work with partnerships and there is so much that we can so when we sit at the table and say we are going to work together,” she said. said in a speech thanking volunteers and supporters. .

Shortall, however, did not concede the election on Monday night.

“We don’t know and we probably won’t know until tomorrow morning,” she said in a speech to supporters.

St. John’s East is the only riding in Newfoundland and Labrador where no incumbent has come forward. The other six ridings in the province all had incumbent Liberals.

Shortall, the former president of the Newfoundland and Labrador Federation of Labor, replaced Jack Harris as the New Democratic Party candidate.

During a campaign stop in St. John’s in early September, NDP Leader Jagmeet Singh discussed his ties to Atlantic Canada and his friendship with Harris.

Harris retired after a long political career that began with a breakthrough in the 1987 byelection. He held the seat of St. John’s East from 2008 to 2015, when he was defeated by Liberal Nick Whelan in upheaval. In 2019, Harris won the seat.

The Liberals wanted to repeat the 2015 success in St. John’s East with Thompson, the former general manager of Gathering Place in St. John’s. Liberal Leader Justin Trudeau and Deputy Prime Minister Chrystia Freeland both campaigned with Thompson in Newfoundland.

Ahead of the election call at the end of July, Conservative leader Erin O’Toole visited the constituency to campaign with Etchegary.

Tories could win at NL for the first time since 2011

As of Tuesday morning, there was still no declared winner in the riding of Coast of Bays-Central-Notre Dame.

At the time of publication, Conservative candidate Clifford Small retained a 569 vote lead over incumbent Liberal MP Scott Simms, who has won every federal election since 2004, with 99.6% of the polls.

In an interview with CBC News on election night – before the results were announced – Small said he believed his support for the mining industry, rotational workers and seniors would be key to oust Simms.

“We had a positive message. A message for growth for our for our constituency here,” he said. “I think the electorate felt that our party would be the best choice to promote the mining industry.”

Tuesday morning, with the outcome still not finalized, Small said he believed his lead would hold, and thanked Simms, saying the Liberal had run a “very clean, respectful and honest campaign.”

He said the economy was the main issue he heard from voters during the campaign.