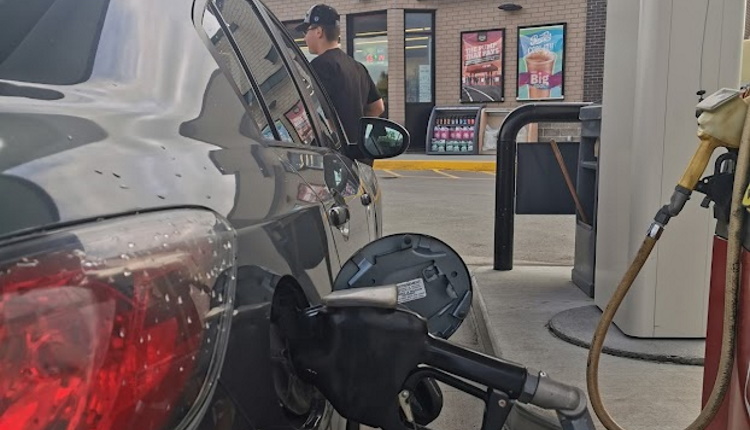 Manitoba gasoline prices may be below the national average, but the spur is still there.

Drivers weren’t alone in their shock as prices soared at the pump to record levels this week. If Wednesday afternoon’s numbers are any indication, Manitoba and Winnipeg are on the verge of breaking gasoline price records.

As of Wednesday afternoon, gasoline prices averaged 138.4 cents per liter, according to GasBuddy.

Between Tuesday evening and Wednesday afternoon, GasBuddy says prices rose an average of 4.6 cents per liter. Over the past week, gas prices jumped 7.6 cents and are up 38.3 cents from a year ago after an unusual drop in prices.

Since GasBuddy began collecting these records in 2008, Wednesday could reach the highest gas price for that date. The highest average price on record in Manitoba was on September 15, 2008, at 142 cents per liter.

In Winnipeg, the average price Wednesday afternoon hovers around 141.8 cents, above the Canadian average of 140.9 cents. The previous record for the highest average gas price on record was 134.9 cents.

Selkirk experiences the highest gas prices at around 145.9 cents, and Dauphin the lowest prices at an average of 131.4 cents Wednesday afternoon.

People will know if any records are broken by the end of the day when the entire average is calculated.

GasBuddy says the average price of gasoline in Manitoba is slightly lower than that of Canada as a whole. The provinces west and east of Canada, British Columbia and Newfoundland, both have high rates. Newfoundland rates are highest at 155 cents per liter.