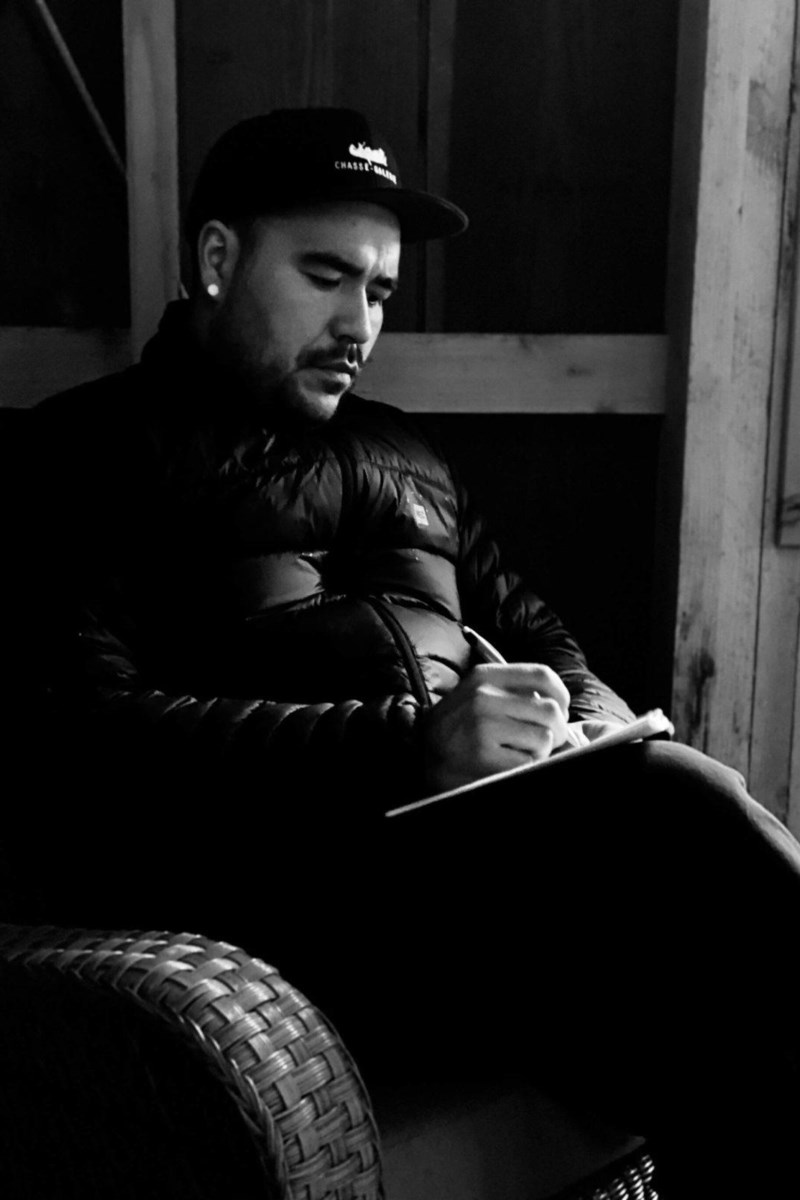 Northwest British Columbia filmmaker Michael Bourquin has been nominated for a Canadian Screen Award for his work on the four-part documentary, British Columbia: an untold story.

Bourquin shares the nomination with his colleague Alfonso Chin in the Best Cinematography (Documentary or Factual) category announced last week by the Academy of Canadian Cinema and Television.

Released in October last year, the documentary is an immersive series that tells the story of British Columbia from a diverse and inclusive perspective and includes stories from Indigenous, Chinese, Japanese, Punjabi, Black and Europeans.

Bourquin, an award-winning Indigenous filmmaker of Tahltan-Gitxsan descent who resides in New Hazelton, said he woke up to a text from series director Kevin Eastwood informing him of the nomination.

“It was a big surprise for me, I had no idea we were even in contention,” he said.

Although pleasantly shocked, Bourquin is full of praise for the documentary, the team behind it, its producers and fellow actor Chin.

“When you watch the show you can see the photography and it’s pretty amazing. There’s a lot of interviews where we took our time to make it look as good as possible by fine-tuning the light. And part of that is also due to having a great team of incredibly talented people.

Besides moving interviews and beautiful locations, the documentary is also special for Bourquin because he had the pleasure of working with his younger brother, Ramsay Bourquin, who is a sound mixer.

Bourquin also liked the diverse team of people involved in producing the show, which made the project even more special for him.

“It’s a really important series that people should watch,” he said, while advocating that it be shown in schools to give students a deeper insight into the racism and historical displacement faced by several communities. faced in British Columbia.

Bourquin has an impressive portfolio of projects dealing with social issues, and telling these stories is an important part of his art and his career.

“Because no one can tell our stories better.”

He recently worked on the film Adaawk, produced by Lorna Brown and Wanda Brown, which saw families of murdered and missing Indigenous women and girls tell their stories.

In 2013, Bourquin also produced a show called Dah-Tsiye Kehke – The footsteps of our grandfather which was the first Canadian broadcast of a film in the Tahltan language.

He won an award for his film Return the name with respect in 2018, which documented the return of the colonial name of the Queen Charlotte Islands to the Haida, while British Columbia recognized Haida Gwaii as an official name in 2010.

With the Canadian Screen Awards due to take place in April, Bourquin is working on his next projects, like a documentary for the National Film Board with his brother, and along the way there’s another short film for the American Museum of Natural History (New York). Bourquin is producing a 10-minute history of West Coast people for the museum’s newly renovated Northwest Coast Lobby.

British Columbia: an untold story can be broadcast on the Knowledge Network website.

Wayback Burgers continues to grow in the Great White North