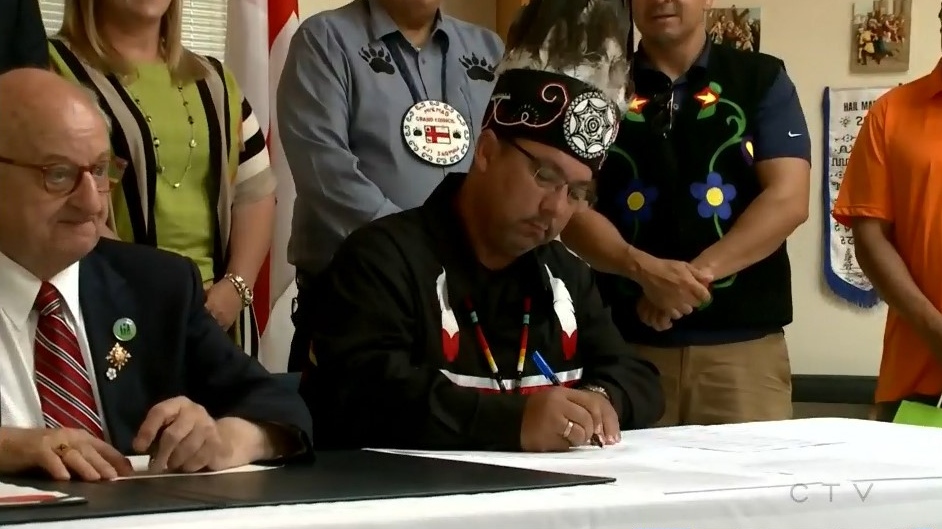 Nova Scotia Premier Tim Houston, 13 chiefs and a slew of other dignitaries were in attendance at Potlotek First Nation on Sunday morning for the proclamation of the new Mi’kmaw language law.

For Chief Andrea Paul of the Pictou Landing First Nation, the proclamation is historic.

“I felt like I was a part of history,” Paul said. “It’s something that’s so important.”

“Just a few decades ago, our language was not welcome in this country,” Denny explained. “We were forced to lose our language and not speak it.”

The Prime Minister believes that the Mi’kmaq Language Act is another important step on the long road to reconciliation.

“It’s a step in the journey for the community to know that their province supports them and sees the importance of their language in this case, but their culture in general,” Houston said.

Besides ceremony and symbolism, the act will make the Mi’kmaw language more visible.

Although the legislation was proclaimed on Sunday, it was first passed by the provincial legislature in April.

Mi’kmaq chiefs signed a resolution to uphold and enforce provincial legislation on behalf of their respective communities.

“It sets a precedent for other provinces, I hope,” Paul said. “Because, as our great leader said, if we lose our language, we won’t be able to go anywhere to get it back.”