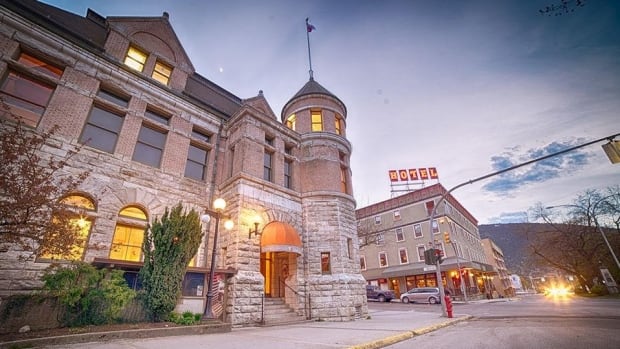 A long neglected and crammed storage room at the Central School in Nelson, British Columbia, has produced more than a century of documents and photos, fascinating historians and local educators.

“Lots of information here, about 60 boxes of documents, dating back to 1891 and the turn of this century,” said Jean-Philippe Stienne, archivist and collections manager at the Touchstones Museum in Nelson.

“It was photographs, attendance records, school minutes, records of employment and teachers’ salaries. And it was really all around our area, about 30 schools covered,” he said. -he declares. CBC Daybreak South host Chris Walker.

Stienne says the breadth of the material paints a general picture of educational efforts in the Kootenays.

It includes a historic 1891 letter from the provincial superintendent of schools establishing the very first school in Nelson.

But the cultural ephemeral, like nearly all class photos at the Central School stretching from the mid-1960s to the early 1990s, is also attracting interest.

Shared on the Touchstones Museum’s Facebook page, the old snaps sparked social media nostalgia and a bit of embarrassment with fashion choices at the time.

“We were just amazed at what was in there. And we had fun… making all kinds of discoveries,” Stienne said.

The boxes were discovered when School District 8 moved the council offices to the old brick central school on Stanley Street two years ago.

The three-story building, built in 1908, was filled with classrooms, district offices and generations of mixed storage.

Staff discovered the bankers’ cartons wrapped during the cleanup.

“However, the room is not conducive to preservation and we have decided that local experts from the Touchstones Nelson Museum would be the best keepers of these precious historical documents.”

Stienne says some of the materials have been damaged by mold and insect infestations. Museum staff froze the find to stop the deterioration and are now detailing each document.

Archivists plan to display key documents from the history of the town of Nelson in exhibits at the Touchstone Museum. More photos will be digitized and posted online, while most of the material will be available to researchers in their library.

“Very important for family historians looking for information on their descendants, but also for anyone interested in a specific school. We have already been contacted by some of the schools themselves… wishing to take a look at the files” , said Stienne.

“There is all kinds of potential for this collection.

Dawn South5:47More than 100-year-old discovery made at school in Nelson

More than 100-year-old discovery made at school in Nelson 5:47