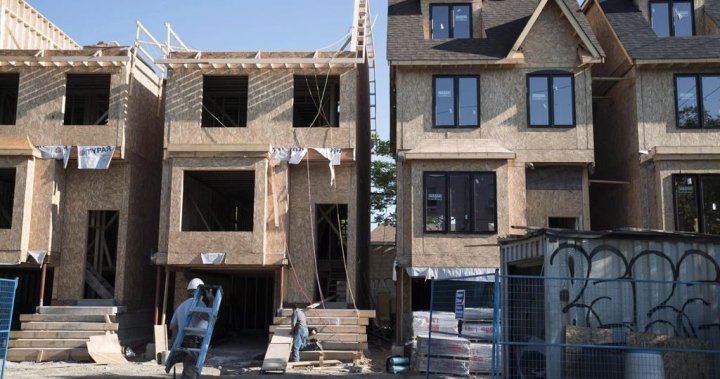 While residential housing construction is on the rise as the country grapples with the housing crisis, the Nature Conservancy of Canada warns that urban sprawl can come with growing pains.

In an interview on Thursday, their national media relations manager, Andrew Holland, said: “The key for municipalities is to have good land-use planning practices so they don’t lose some of our natural defences. such as our forests and swamps.

“They can be very beneficial for urban wildlife and protect our communities from climate change and the heavy rains and floods and major weather events that we tend to have more and more.”

The City of Moncton has hired consultants to develop an urban growth strategy, “which will determine where and how residential and employment growth should occur in Moncton over the next 25 years,” according to Andrew Smith, manager of the Moncton’s long-term policy planning.

On Thursday, he said the public would be invited to comment on it and he would be presented to the board towards the end of 2022.

Currently, Moncton is looking to attract more residents to the downtown core.

“Right now, the direction currently planned is to increase the number of residential units downtown by 80 to 100 units per year,” Smith said.

After Halifax, Fredericton has the largest downtown area in the Atlantic Provinces.

“Fredericton has been bucking the provincial trend for more than a decade,” Ken Forrest, Fredericton’s director of planning and development, said in a statement Thursday.

“Our growth has been more urban and more infill-by-design. Our urban planning has guided us in this direction for a long time and the City’s new municipal plan further emphasizes this approach.

In Saint John, Mayor Donna Reardon said the focus is on vertical building on the peninsula, as well as mixed residential zoning, where single-family homes, multi-unit buildings and commercial spaces coexist in the same neighborhoods.

She said the mixed zoning caused mixed feelings among some residents.

“Even with these public rezoning hearings that come to council, they can be very emotional at times,” she said of residents concerned about changes in their neighborhoods.

“What that would do is it would take some of that decision-making out of the hands of council and it would be mandated that you have to increase your density for housing needs of course. It’s quite difficult to say no when you know the housing need.