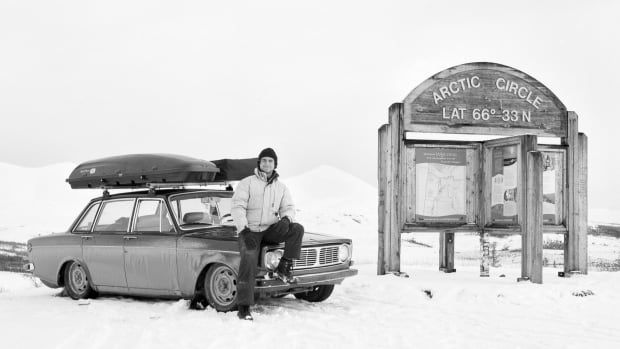 New Brunswick man takes a 1969 Volvo on a 16,000 kilometer trip to Tuktoyaktuk

Last October, Xavier Thériault achieved his goal of seeing the Arctic Ocean with his own eyes.

And he did it by driving more than 16,000 kilometers from Halifax to Tuktoyaktuk, Northwest Territories, in a car more than twice his age.

His adventure came with highs, like making new friends and seeing some of the most rugged and untouched terrain in all of Canada.

And that came with the lows, which included the countless times the 53-year-old car broke down, as well as the nights spent sleeping in a tent in sub-zero temperatures.

But thanks to his own mechanical maneuverability and help from strangers along the way, Theriault arrived in Tuktoyaktuk on October 10 after safely crossing the infamous Dempster Highway.

“I just didn’t know how I would feel, but when I got there, man, I called my parents, and I think to be honest, I think I actually screamed for 10 or 15 minutes,” he said. in an interview on Friday.

“It was such an emotional moment for me because for almost 100 days now I’ve been on the road, you know, sleeping in minus 15, minus 20 almost, you know, starving, sometimes just swearing, lying under my car trying to get something to work….And like all this emotion that built up inside of me, and I think I let it all down when I [got] there, and it was like the biggest weight on my shoulders.”

Car problem since the day of purchase

Thériault said he always had a passion for cars, which he inherited from his father, and in 2019 bought the Volvo from a man in Prince Edward Island, despite breaking down during the test drive.

After getting it running and driving it back to Dieppe, Theriault said the car’s transmission gave out and the car sat in his parents’ yard for about two years.

In the spring of 2021, Thériault, who was an architecture student at the time, said he felt unhappy with online classes brought on by the pandemic and decided to take a year off.

So he turned his attention to the old Volvo and spent that spring overhauling it with plans to drive it from the Atlantic Ocean to the Arctic Ocean.

Fitted with a new transmission and engine, Theriault said he tested his abilities by first taking a trip to Halifax and then hitting the highway westbound.

“It was about discovering my own country, so often I would go out of my way to get off the Trans-Canada and even take the back roads or even go to small towns, stay a few days and meet people to see how it is and what people are doing in different provinces.”

After arriving in Tuktoyaktuk, Thériault stayed for two days, including a Thanksgiving dinner with a host family, before leaving.

The car, however, had other plans and broke up in British Columbia, where he ended up staying with a friend before finally settling in Whistler, where he works at a ski resort.

He said he planned to return to New Brunswick when the snow melted and in the meantime he was working on the car and the ski.

Theriault said that despite some difficult moments throughout the trip, it provided an experience he would cling to for the rest of his life.

“My biggest takeaway is just to follow your dreams. It sounds so corny, but I mean, I think this trip has totally changed my life because now it’s changed my perspective on travel – it’s more accessible in my mind now. And I’ve made long-term, lasting friendships.”