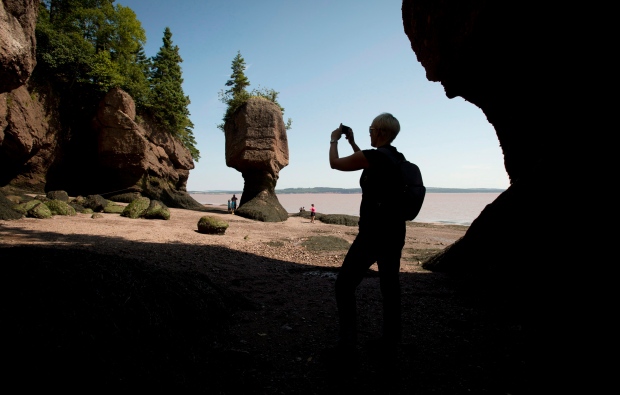 
CARTERS POINT, NB – As New Brunswick recently laid out its roadmap to reopen, tourism operators across the province breathe a collective sigh of relief as the hard-hit industry appears to emerge from the COVID-19 cloud.

Harding’s Point Campground on the Kingston Peninsula is now open for the season – but owner Howard Heans says nighttime traffic has been slow so far.

However, he expects a boost once travel restrictions are lifted.

“A lot of people from other provinces have already made reservations for later this summer,” Heans said. “Because they assume the bubble will be open then.”

On Thursday, the province unveiled its three-phase reopening plan, the first of which is scheduled to begin June 7 and would allow travelers from Prince Edward Island and Newfoundland and Labrador to visit New Brunswick. Brunswick without having to isolate yourself or get tested.

The second phase would see the Atlantic bubble fully open before Canada Day, and visitors from other parts of the country who received at least one dose of the vaccine would be allowed to enter the province without having to self-isolate.

A welcome development for those who rely on tourists from other regions.

“We’re missing American traffic,” Heans said. “A lot of Quebecers stop here to go to Shediac or Nova Scotia or wherever, they go down this corridor and stop here, or stop on the way back. Quebec traffic is lacking and Ontario traffic.

The final benchmark in the plan to reopen the province is set for New Brunswick Day on August 2.

“Having dates is fantastic,” said Tourism Industry Association of New Brunswick executive director Carol Alderdice. “But what is even more fantastic is the possibility of being able to welcome guests from outside New Brunswick and even from outside the Atlantic bubble by July 1 and with the hope of passing green by August 2.

However, Alderdice says companies in this industry remain in survival mode and could take years to rebound.

“So we’re still going to desperately need the federal subsidy, the wage subsidy, and the rent relief to continue until the end of the year at its current level,” Alderdice said. “This is something that we are advocating with the other provincial and territorial associations.

The reopening plan relies heavily on vaccinations – for the first phase, 75% of the population must have received their first dose.

Vaccinations are now open to anyone over the age of 12, and Public Health encourages anyone who has not previously received a vaccine to make an appointment – to help achieve set goals.