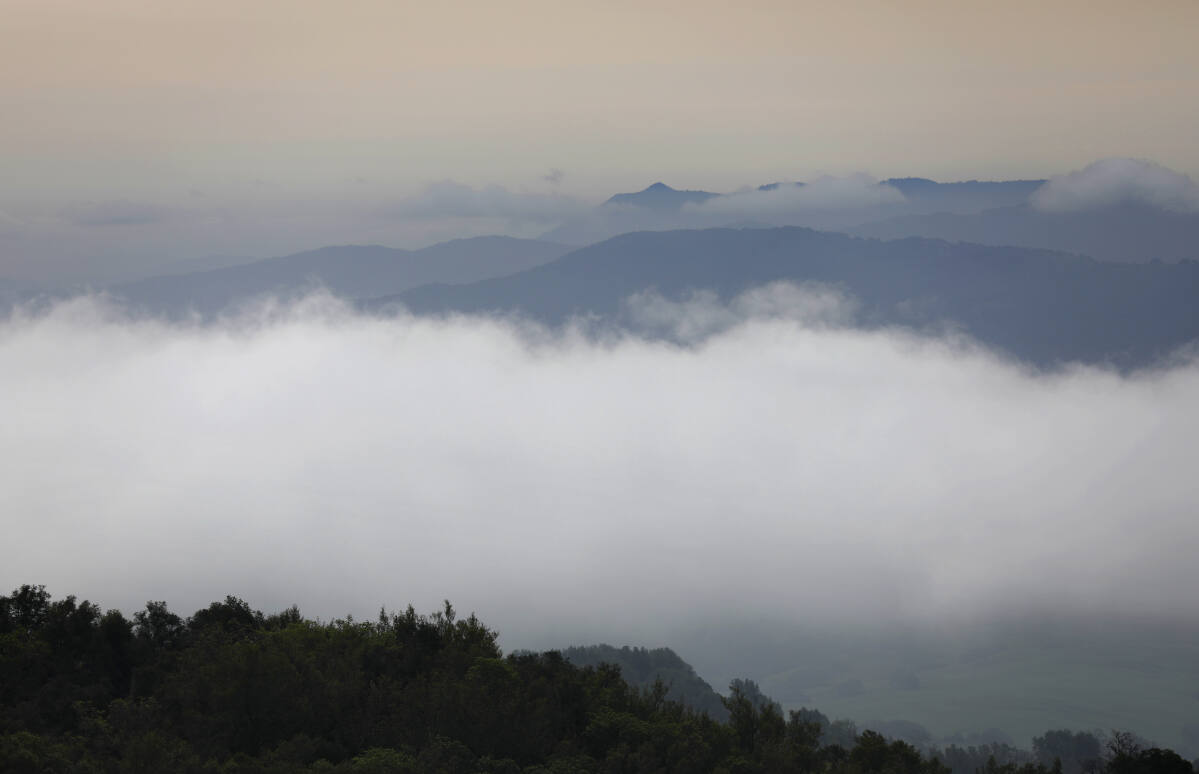 According to the National Weather Service, temperatures in the North Bay are expected to drop this week, nearly 10 degrees cooler than what is generally expected for late February.

Sonoma County’s “below normal” temperatures will begin Monday and continue through the week, reaching highs that will only be in the mid-upper 50s with lows that could drop into the 20s overnight .

On Tuesday, the meteorologist predicts there will be a 20% chance of rain with winds of 10-20mph and gusts of 15-20mph in the area.

These cold temperatures, however, are not only expected in the North Bay.

Across the country, temperatures will begin to drop over the next couple of days thanks to an Arctic front that could lead to forecast temperature drops of 30 to 40 degrees below normal.

The cold front is moving freezing winter temperatures from western and central Canada, meteorologist Rick Canepa said Sunday, adding that arctic air is also moving out of the Gulf of Alaska and sweeping north to south.

The cold front is expected to reach as far south as Arizona, Mexico and southern California — places that typically wouldn’t experience such low temperatures at this time of year, he added.

Back in the North Bay area, the temperature drop here won’t be as extreme as in other parts of the country.

Even so, it will “still feel like winter,” Canepa said, “with temperatures about 5 to 10 degrees lower than average for this time of year.”

The average for late February in Santa Rosa is a high of 62 degrees and a low of 40, said meteorologist Jeff Lorber.

Early Wednesday and Thursday will be the coldest, according to the National Weather Service.

Santa Rosa residents can expect morning temperatures these days to meet or beat the lowest daily records set on February 23, 1955, when they dropped to 28 degrees, and February 24, 2018, when they still reached 28 degrees. , according to the National Weather Service.

The cold will persist through Friday, with a return to normal of 60 degrees or more by the weekend.

Tuesday’s rain totals are expected to average 0.10 inches or less across North Bay. However, totals of 0.25 inches or greater are possible for the Santa Cruz and Santa Lucia Mountains.

Forecasters are also predicting that after Tuesday it may be some time before we get rain again.

“Apart from the light rain we’re seeing on Tuesday, we’re looking at dry weather for the foreseeable future,” Canepa said. “But you never know, things can change quickly.”

A week of cool days and nights is dangerous for people, pets and vegetation.

The National Weather Service advises people to consider “(wearing) layers, limiting time outdoors, checking heaters, covering or bringing sensitive vegetation indoors, bringing pets indoors and to provide them with warmth. Finally, cover the outside pipes to prevent them from freezing.

You can reach editor Mya Constantino at [email protected] @searchingformya on Twitter.