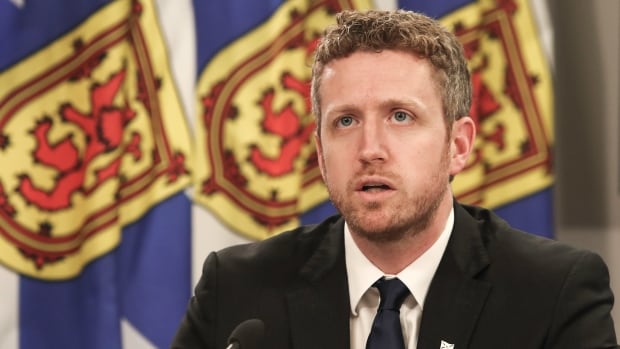 Nova Scotia reports 14 new cases of COVID-19, 61% of population has at least 1 dose of vaccine


Nova Scotia reported 14 new cases of COVID-19 on Monday, bringing the number of active cases to 182.

Of the new cases, 11 are in the central health zone, two in the east zone and one in the west zone.

Two of the central area cases were announced on Sunday evening and are linked to two schools in Dartmouth. The individuals in these cases are close contacts of previously reported cases.

The two schools, Graham Creighton Junior High in Dartmouth and the Dartmouth campus of the Bedford and Forsyth Education Centers, will be closed to students until June 10 to allow for close contact testing and a thorough cleaning of the facilities.

“While some seem surprised by this news, I was fully expecting it given that we still have COVID activity,” Nova Scotia Chief Medical Officer of Health Dr. Robert Strang said at the COVID-19 briefing Monday.

“Like other school cases, people have been exposed in the community and there is no sign of transmission at the school.”

He added that the benefits of children learning in person at school “far outweigh the very low risk of our current COVID activity.”

There are 22 people hospitalized with COVID-19, including seven in intensive care.

A letter was sent to parents who have children at Kids and Company, and said exhibitions may have taken place on June 4 and 7.

Public Health said it is working to identify any close contact and will contact families as soon as possible.

He also recommended that all children and staff get tested for COVID-19, even if they have no symptoms.

Later Monday, the province announced a case of COVID-19 in Halifax West High. The school will be closed to students until Friday to allow for close contact testing and a thorough cleaning.

Close contacts and families will be contacted as soon as possible.

It is recommended that children and staff be tested for COVID-19, even if they have no symptoms.

61% of Nova Scotians have at least 1 dose

Premier Iain Rankin said the vaccine rollout in Nova Scotia was ahead of schedule, with 61% of the population having received at least one dose of a COVID-19 vaccine.

Nova Scotia is now also recommending that people who received the AstraZeneca-Oxford vaccine as their first dose receive an mRNA vaccine for their second dose.

“There is now a small study showing that a second dose of an mRNA vaccine, therefore Pfizer-BioNTech or Moderna, after a first dose of AstraZeneca, results in a better immune response than two doses of AstraZeneca”, Dr Robert Strang, Nova Nova Scotia’s chief medical officer of health said Monday during the COVID-19 briefing.

Strang said this recommendation is based on this emerging evidence and also the risk of rare blood clotting.

He said people could always choose between receiving a second dose of AstraZeneca or an mRNA vaccine instead.

Email invitations to reserve a second dose will be sent to those who have received a first dose of AstraZeneca in the coming days.

Strang reminded Nova Scotians to keep their social groups small and cohesive as the weather improves this summer.

He said that although the number of cases remains low, there is still COVID-19 activity in the province, particularly in the Halifax Regional Municipality.

He encouraged people to get tested for COVID-19 as the number of tests started to decline.

Laboratories in the province processed 2,057 tests on Sunday, up from more than 4,000 in recent days.

“Testing is essential over the next few weeks,” he said. “The more you are away, the more contacts you have, the more you need to be tested, even if you have received a dose of the vaccine.”

He reminded people that even with a single dose, people can still carry and pass the coronavirus on to others.

COVID-19: Mayor of Nova Scotia calls on Atlantic provinces to reopen together

An overview of COVID-19 vaccinations in Canada on Tuesday, June 8, 2021