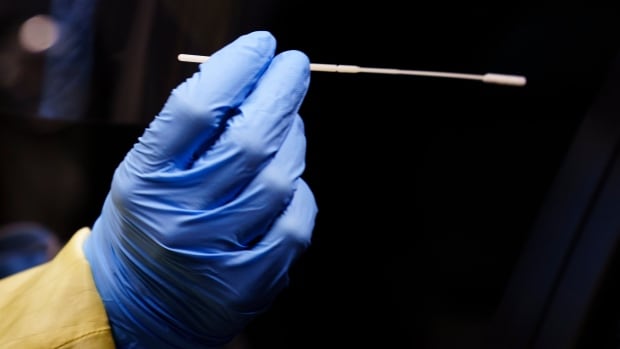 Nova Scotia reported 52 new cases of COVID-19 on Thursday, bringing the number of active cases in the province to 194.

Twenty-nine new cases are in the central zone, 18 in the east zone, three in the north zone and two in the west zone.

Nine people are hospitalized with the coronavirus, including four in intensive care.

As of Wednesday, 84.9% of Nova Scotians had received at least one dose of the COVID-19 vaccine and 81.6% had received two.

An outbreak at St. Francis Xavier University in the Eastern Zone has so far resulted in a total of 59 people testing positive for the coronavirus. The province says more new cases are expected in the coming days.

Public health has sent its COVID-19 mobile testing unit to Antigonish. It will be at the university’s Keating Center at 1100 Convocation Blvd. Thursday from 12 p.m. to 3 p.m. AT.

The province also says there is a cluster of cases in a community located in the northern area. There is also evidence of limited community spread in Halifax and parts of northern Nova Scotia.

Several schools were notified of exhibitions on Wednesday including:

The province maintains a list of school exhibitions here.

BC farm flood disaster and warrant for electric vehicles: In the December 10 news