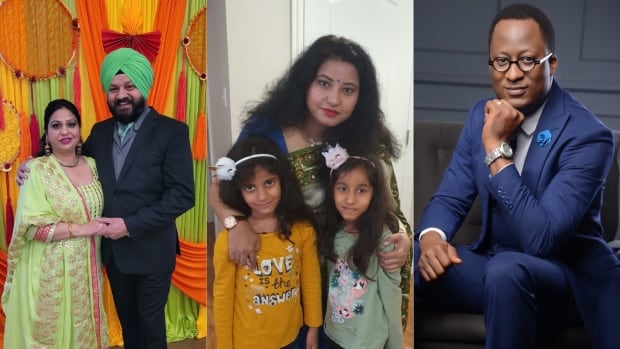 When Rimple Dhunna arrived in Nova Scotia in 2007, he met no other Indians for two months.

“When I arrived there wasn’t a huge community,” Dhunna said. “I could count Indian families on my fingers.”

Much has changed since then.

Just over 1,000 newcomers settled in Nova Scotia each year, on average, in the early 2000s, but immigration has increased more recently.

There were 7,500 arrivals in 2019, making it a record year. This record was broken again last year.

In 2021, 9,020 new permanent residents moved to the province — a statistic the provincial government released this week.

Dhunna says he sees evidence of this every day in Halifax’s growing Indian community. He runs a Facebook group for Indian newcomers to the area, which has nearly 16,000 members.

One of the newest members of this community is Bhawna Sharma. Originally from Delhi, India, she moved to Halifax with her husband and two young daughters last February.

Sharma’s path to residency in Canada was paved by a provincial immigration program for early childhood educators. There aren’t enough to meet the demand in Nova Scotia, so the province opened a targeted immigration stream in 2018 to help employers recruit overseas.

There are similar pathways for several other in-demand professions, including health care aides, nurses and doctors.

The program made it easier for Sharma and her family to move to Canada, but she said there were still some hiccups along the way. Although she applied for her professional certification several months before leaving India, she was not allowed to start working until three months after her arrival.

However, she avoided one of the other major challenges that many newcomers face: finding housing.

“I heard and I read that nobody has an apartment, [especially] new people, when they don’t have a credit history or don’t have a good score.… But my property manager was super good,” Sharma said.

Sharma has been a tenant since arriving, but recently bought a house in Eastern Passage, which she plans to move into next month. She said she plans to be there for the long haul.

“It’s good to be here in Nova Scotia. I’m not going anywhere from here, I’m not moving anywhere,” she laughed.

According to the province, Nova Scotia’s immigrant retention rate is currently about 70%, which it claims is the highest in Atlantic Canada. The government attributes this retention rate to settlement support services.

The Immigrant Services Association of Nova Scotia is the primary organization that coordinates and delivers these supports, helping thousands of newcomers each year.

Wellington Osazuwa arrived from Nigeria six months ago, and he stressed that the association was a crucial part of the settlement experience for his family, as well as the Nigerian community. Immigrants from Nigeria, along with India, China, South Korea and the Philippines made up the largest group of new Nova Scotians last year.

Like Sharma, Osazuwa was selected to enter Nova Scotia due to local demand for his profession; he and his wife are accountants.

“I think we are very lucky because my wife got a job in the first month, I got a job in the second month… And our profession is also very lucrative. So we are committed to work almost immediately,” he said.

Osazuwa said his family was initially open to moving anywhere in Canada, but once they started researching Nova Scotia, he said they became excited about the opportunities. they saw.

“It was more… friendly to live in the province as well.”

That is to say, it seemed “friendly” when Osazuwa started planning to move here. The boom in the housing market over the past two years came as a shock when he and his family landed last year.

“The price was so high for a two-bedroom… I mean, it had skyrocketed within a year.”

He said he found himself applying for apartments with hundreds of other applicants. It cost me a few months of staying in an Airbnb before I found a long term rental in Dartmouth.

Osazuwa had been waiting to move to Canada since 2019, but he said the process had been slowed down due to the pandemic. His family was not alone in this experience. There was a noticeable drop in immigration in 2020, with around 3,500 landings, sandwiched between the much higher figures of 7,500 and 9,000 in the years before and after, respectively.

These figures do not include interprovincial migration, which has been increasing for at least the past six years. In 2021, approximately 10,000 net new people arrived in Nova Scotia from other provinces and territories.