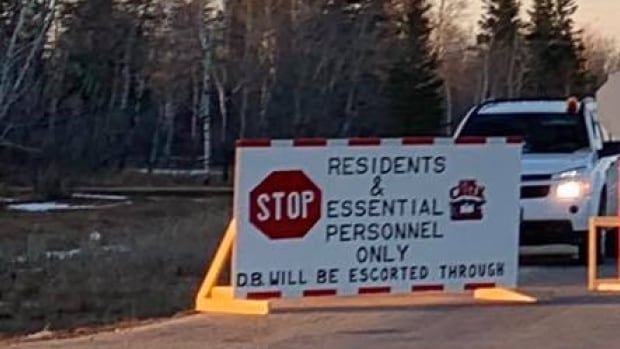 
Rising COVID-19 cases led a First Nation in western Manitoba to enter immediate partial lockdown, as schools in the town of Dauphin switch to distance learning after the long weekend .

Pine Creek First Nation, located nearly 325 kilometers northwest of Winnipeg, north of Dauphin, is closing its band office, health center, Jordan’s Principle office and daycare due to the increase of COVID-19 cases, particularly those linked to the B117 variant of concern, according to a community advisory published on Sunday.

The closures are effective immediately and will last at least two weeks. On June 4, the closures will be reassessed, the advisory said.

The community had 15 active cases of COVID-19, including eight variants of cases of concern, according to figures released Sunday evening. Forty people and 13 households are currently isolated.

The community gas station will remain open but will only provide window service. The vaccination clinic will go ahead as planned, the advisory said.

Pine Creek First Nation has checkpoints at a few freeway intersections. Those working on security at these checkpoints will note the names and passing vehicles and those names will be passed on to First Nation health officials, the notice said.

Anyone who violates health ordinances can receive a provincial fine, he adds.

Those arrested violating public health orders could face a fine of $ 1,296. Corporations can receive a $ 5,000 note. Anyone who does not wear a mask in a public space can be fined $ 298.

Repeat offenders or people who have not paid the fines on time may be charged double.

The community is not in full lockdown as of Sunday, but the chief and council may implement one later if provincial public health orders are not followed or if there is an increase in cases. COVID-19, says the advisory.

At the same time, schools in Dauphin, Man., Will switch to distance learning starting Wednesday, according to the Mountain View School Division.

There were seven cases of COVID-19 linked to four Dauphin schools in the two weeks leading up to May 18, according to provincial data.

These schools are already doing distance learning because of these cases, and one school has a cohort currently in isolation, Dan Ward, superintendent of Mountain View School Division, said in an email to CBC News.

Placing the rest of the schools in the community in distance learning is a preventative measure, Ward said.

Provincial data shows there were 42 known active COVID-19 cases in Dauphin on Sunday.

The division felt it was prudent to switch to distance learning because the number of cases in the community and many schools are tied to households and “our divisional transportation system,” Ward said.

Schools that already practice distance learning will continue to do so until June 9, the statement said.

The school division plans to resume classroom learning on June 10, Ward said. But if the number of cases continues to rise in the Dauphin area, the division will consult with public health and the provincial Department of Education before returning to school.