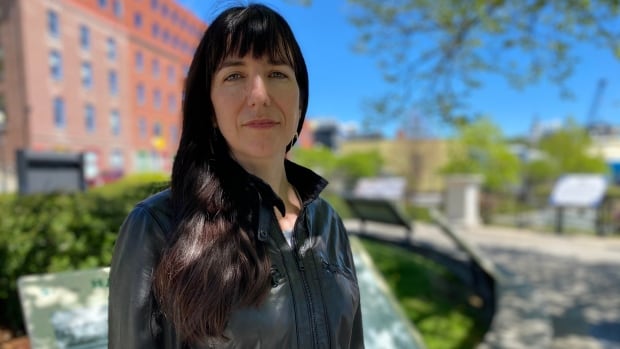 A new report condemning the state of policing in Newfoundland and Labrador proposes a complete overhaul of who oversees the province’s two police forces.

The St. John’s-based organization First Voice, led by Indigenous advocacy group First Light and supported by bar associations and the St. John’s Status of Women Council, released a draft report on Monday advocating for the installation of a police oversight board composed of civilians and independent of the police services and the Ministry of Justice.

“We’ve come to the conclusion that there are some really gaping holes in this province,” said Catherine Fagan, attorney, president of First Light and co-chair of the Police Oversight Task Force.

“There is clearly a problem at the moment in terms of trust in the police.”

The report comes a year after more than a dozen women approached Mount Pearl lawyer Lynn Moore alleging they had been sexually assaulted by Royal Newfoundland Constabulary officers on duty, and after a Labrador woman spoke to CBC News about her own ordeal with her ex-husband, an RNC sergeant.

First Voice cites these allegations as a major impetus for its report, along with complaints from the province’s urban Indigenous population.

Newfoundland and Labrador has several police oversight mechanisms. The RNC Public Complaints Commission (PCC) deals with civilian accusations of police conduct and has the power to hear complaints through an arbitrator and impose disciplinary action.

However, the report points out, the head of the RNC plays a central role in the complaints process – an “inherent conflict of interest… where he or she must always weigh the competing demands of justice against the likely desire to maintain an image. favorable public of the Obliger.”

They can even use force, deadly force. Yet there are actually fewer and weaker accountability mechanisms.-Catherine Fagan

The other mechanism, the new Serious Incident Response Team (SIRT), is made up of a lawyer and two seconded police officers, one each from the RNC and one from the RCMP.

The report refers to SIRT as having a “self-inquiry structure”, which raises concerns about its impartiality.

“It is unclear whether any of these existing oversight bodies have the will – or even the legal authority – to investigate and address systemic problems in policing,” indicates the report.

Compared to the provinces, the report says, Newfoundland and Labrador “has one of the weakest and least effective models of police transparency and accountability.”

“Given the troubling history of policing in the province, it is clear that current policing requirements and training standards fall short,” the report continues.

“Without an adequate civilian-led police oversight body…examples of police misconduct…are likely to continue.”

First Voice proposes the creation of a civilian-led police oversight board, which Fagan describes as a “proactive” agency that can look into systemic policing issues.

“It’s a body that can really look at all the policies, budgeting, priorities, use of force, police training,” she said.

Such mechanisms already exist across Canada. The Ontario Civilian Police Commission, for example, can investigate police conduct and enforce the law. It is one of three civilian oversight bodies in Ontario.

Fagan says creating a post in Newfoundland and Labrador could restore public confidence in the province’s police force.

The report proposes that the oversight board be a regulatory tribunal that has the exclusive power to create policies on police use of force, training, standards of conduct and how officers are subject to investigations for alleged misconduct.

The council, ideally made up of seven to 11 commissioners, would also have exclusive power to hire or fire the head of the RNC, the director of SIRT and the head of the PCC.

Such a mechanism would also, Fagan adds, bring policing in line with other professions — lawyers, dentists and doctors, for example — who are accountable to similar disciplinary boards.

“Police are very different from these other actors,” she said.

The report also suggests changes to strengthen the CCP and SIRT, such as appointing a judge to preside over public complaint hearings and eliminating police officers from their investigative role within SIRT.

In an email to CBC News, SIRT director Mike King said his approach was collaborative and he felt it was essential to work with community organizations and others when developing policing policies. .

“I am proud of the creation of SIRT-NL and I am confident that we have been successful so far in holding police officers in Newfoundland and Labrador accountable,” he said in the statement.

King said SIRT has “supervised or investigated several cases in which police officers have been arrested or charged” and has made “all of our reports public so that Newfoundlanders and Labradorians are kept informed and can understand the decisions that we take”.

King also said the team had engaged in community outreach, including meeting with First Light and women’s groups, and had undergone training on cultural sensitivity and gender-sensitive sexual assault and domestic violence. traumas.

“My goal is to make SIRT-NL the best watchdog agency possible for all Newfoundlanders and Labradorians,” he said in the release.

It’s a nationwide problem, she said, and one that was addressed during the National Inquiry into Missing and Murdered Indigenous Women and Girls.

“They identified what they called the failure of police to act to protect Indigenous people, especially Indigenous women and girls,” Fagan said.

“And they said there really were systemic issues in policing that needed to be addressed immediately. This investigation was published about three years ago and, as far as we can tell, the government provincial has not even begun a serious process of considering these calls for action, let alone implementing them.”

These calls to action urge provinces to create Indigenous oversight bodies that observe the investigation of any case involving an Indigenous person.

They also call on governments to train police on cultural sensitivity and racial bias.

Fagan says First Light will hear public comments on its draft report, before releasing a final report in the fall.