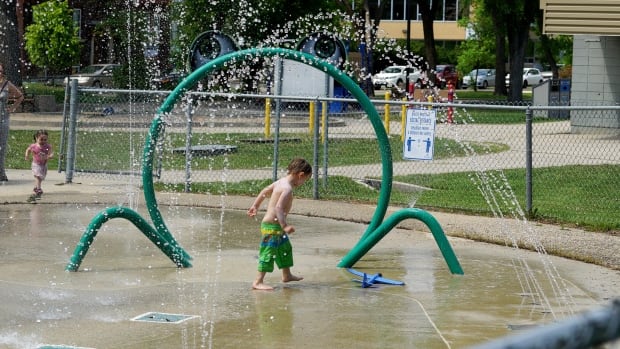 Environment Canada and the provincial government have issued warnings as sweltering temperatures are expected to envelope southern Manitoba over the weekend.

The federal weather agency said Friday temperatures are expected to climb into the 30 degree Celsius range from Saturday afternoon through Sunday.

In response, Manitoba Health warns of the dangers of prolonged heat exposure, especially for people with chronic conditions, those who live alone without air conditioning, and children and infants.

The province has encouraged people to monitor themselves and others for signs of heat illness, which can include headaches, dizziness, confusion and a weak, rapid pulse.

Heat stroke is a medical emergency and people with someone who may have it should call 911, the province said.

The City of Winnipeg said it plans to open three so-called hydration stations for the summer months in key urban areas to improve access to clean drinking water.

The first was installed in Central Park on Friday while two others, at Selkirk Avenue and Powers Street and the Broadway Neighborhood Center will be operational in the coming days, the city said in a statement.

City officials also said recreation centers and libraries would act as “cooling zones” for people to get out of the heat and get water. He also suggested municipal swimming pools and paddling pools as a way to cool off.