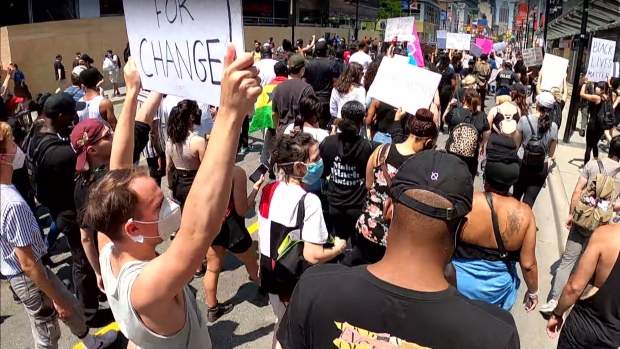 TORONTO – With recent racist attacks in the country and racism against campaigning candidates, racialized people living in Canada express concern that systemic racism has not been at the forefront of chiefs’ messages party.

Nearly 8 million Indigenous, Black and Colored people living in Canada, or 22% of the Canadian population, wonder why more focus was not put on racism and racial issues during the campaign electoral.

â€œI’m a woman of color every day of my life, I can’t turn this off,â€ Samanta Krishnapillai, Founder, Executive Director and Editor-in-Chief of On Canada Project, an Instagram account that shares targeted information. to Millennials and Gen Zers across Canada, CTV News said.

She said she had hoped that systemic racism in Canada would be more central to all of the candidates’ campaigns.

For Krishnapillai, she feels that the issues affecting people of color were not seen as crucial during the election campaign.

“The fact that there are party leaders who are able to move on from this subject and not have it constantly as part of what they are talking about sucks … It’s not as if our experiences are not as important, â€she said. .

Not only does Krishnapillai not see these important conversations about race, but she also fails to see the issues of young Canadians reflected in election campaigns.

â€œPeople keep saying ‘young people don’t vote.’ What are you doing to get me to vote? What are you talking about that I care about, that people like me care about? ” she said. “It’s just a really dull election.”

And she is not prepared to accept the answer that this is “just politics”.

â€œWhy is this what we accept as policy, if you know you can do better, why can’t you? You shouldn’t have to wait for someone to die or for the bodies to be collected to do it, â€Krishnapillai said.

When Justin Trudeau was elected prime minister in 2015, Krishnapillai said she was excited. She saw a feminist leader who was going to make a difference, but she sees it differently now.

â€œI think he’s capable of greatness, but I also feel like it’s so performative and it doesn’t feel authentic,â€ she said.

This is especially true, she said, after the death of George Floyd in the United States sparked protests across Canada last year in response to police violence against blacks and Indigenous people here. This year, during that time, thousands of anonymous graves in former residential schools were unearthed, and a family in London, Ontario. was killed because – according to the police – they were walking while they were Muslims.

“It really could have been, it could have been my mother,” Sarah Barzak, executive director of the London School of Racialized Leaders, told CTV News.

Barzak said she had been a victim of racism in Canada since she was a child, with other children telling her, “‘Go back to your country’, like, I heard that often when I was a child. “

She said she was disappointed that although politicians turned to a memorial for the family killed in London in June, they have since remained silent on Islamophobia in the country and systemic racism in general.

â€œThey came, they took the microphone, they took all of their photo ops, and then they left,â€ she said.

Candidates spoke about diversity in Canada, but Barzak said talking about it was not enough.

“I don’t think it’s enough to say things like ‘diversity is our strength’ when hate crimes are clearly on the rise and there just isn’t enough funding and hindsight.” , she said.

And some forms of racism, she said, were not mentioned by campaign candidates.

â€œI didn’t hear any of the leaders discussing anti-Asian racism, and it has also increased in relation to COVID and xenophobia and anti-Asian sentiment,â€ Barzak said.

After 18 tumultuous months in which marginalized and racialized communities were hit hardest by the COVID-19 pandemic, Barzak said it was time for the candidates to tackle these issues.

â€œEvery marginalized community has really gone through the gutters, especially under this pandemic and I don’t think there are any more excuses,â€ she said. “I think even acknowledging it is the bare minimum.”

Barzak said she was disappointed that race issues had not been at the heart of candidates’ election campaigns, and she doesn’t think she is the only one feeling that sentiment.

“This is systemic neglect,” she added.

Some voters were hoping for more, especially after politicians knelt with protesters last summer.

“I really wish that after the year and a half that we have all witnessed, you know, black issues would be a little more anti-black centered and issues peculiar to the black community would have been a little more discussed. “DaniÃ¨le-Jocelyne Otou, director of communications and strategic engagement at Apathy is Boring, an organization that aims to engage young Canadians in Canadian and global politics and issues, told CTV News.

During the Anglophone leaders’ debate, where not a single black person was invited to pose a question to the candidates, issues that impact black Canadians were not addressed. The anti-Asian hatred that has increased since the start of the COVID-19 pandemic has also not been a topic of discussion.

â€œI wish the black voices were also amplified and highlighted throughout the debate. I would have loved to hear from Asians talking about the last year they had and the issues they would like to see moving forward, â€she added.

Sometimes leaders do the bare minimum to engage voters, especially younger ones, and Otou says that’s not enough.

“There is this assumption that all you have to do is a little TikTok meme and you will get the youth vote without considering, again, the interests of young people over the past year and a half have changed dramatically. and they are paying more attention than ever to Canadian politics, â€she said.

Indigenous voters also feel left out, as federal party leaders have largely ignored the continued findings of anonymous graves on the grounds of former residential schools.

The chief of Serpent River First Nation in Ontario had hoped to see the candidates come up with real solutions to heal these historic wounds.

â€œCanada needs to have the truth before it can reconcile,â€ said Chief Brent Bissaillion. “We still haven’t understood this truth.”

Bissaillion said he believes issues impacting First Nations, MÃ©tis and Inuit in Canada have not been at the heart of party campaigns.

â€œSo this is swept under the carpet, and I feel like a lot of issues that concern indigenous peoples concern a lot of other minorities and marginalized people, and it’s a little disappointing that this was dropped during this. campaign. ,” he said.

With more and more anonymous graves discovered around the country, Bissaillion reflects on other times that seemed to be an account in Canada.

â€œWe’ve had multiple calculations, this country continually has calculations every few years. And we continue to be in the same place. Everything is symbolic, â€he said.

Bissaillion said he would like to know more about the steps the parties will take to follow through on various promises and the issues impacting First Nations, MÃ©tis and Inuit in Canada.

â€œI would really love to hear from all parties on how we are going to start returning the land to our community so that we can take over stewardship,â€ he said.

Preston Manning, godfather of the Canadian right, plots a plan to deal with another Liberal government