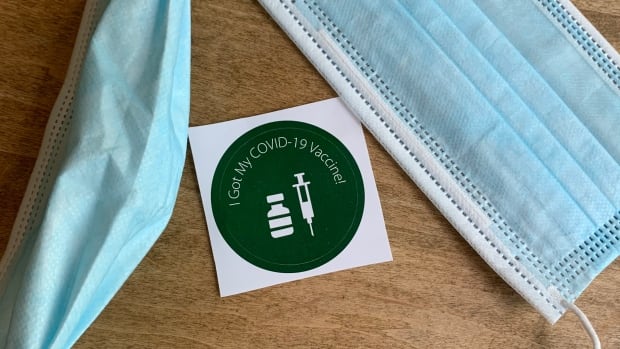 Sask. reports deadliest day so far in December, with 4 new deaths from COVID-19

Saskatchewan reported four new COVID-19-related deaths on Tuesday, making it the deadliest day of the month so far.

The province also reported 47 new cases of the disease on Tuesday.

As of December 14, there had been 15 COVID-19-related deaths in the province this month.

That’s a fraction of the 156 deaths recorded in October, the deadliest month of the pandemic in Saskatchewan.

There have been a total of 941 COVID-19-related deaths in Saskatchewan during the pandemic, according to the province’s online dashboard.

One of the deaths was in the Regina health zone, one in the northeast and two in the central east zone.

The four deaths reported on Tuesday come as the number of cases in the province continues to decline.

Experts have repeatedly pointed out that hospitalizations and deaths are “late” pandemic indicators, and that increases in these numbers can come weeks after the number of cases has started to decline.

This has been the case in Saskatchewan, where the number of cases has now dropped to levels not seen since the start of August.

As of Tuesday, there were only 545 known active cases in the province.

That’s well below the number of active cases reported during the peak of the fourth wave in October, when that number surpassed 4,800.

There are also indications that vaccinations could start to drop in the province.

The province administered 820 new doses of COVID-19 vaccines on Monday, according to the dashboard.

This is the lowest daily total since the opening of vaccinations for children aged 5 to 11 in the province, and well below the 5,430 administered on December 1 – the peak of vaccinations so far this month – this.

As of Tuesday, 82.8% of people eligible for vaccination in Saskatchewan have received at least one dose and 74.7% are fully vaccinated.

Trends in Saskatchewan continued to be good for the province, with hospitalizations for COVID-19 unchanged from Monday.

There are still 110 people hospitalized, including 34 in intensive care.

Of the 110 patients, 69 were not fully vaccinated, according to the provincial government.

The province said in a press release Tuesday afternoon that the last COVID-19 patient receiving treatment in Ontario has now returned home.

Since October, 27 people have been airlifted to Ontario in an effort to reduce the number of intensive care admissions in the province at the height of the fourth wave.

The province also says there are no new cases of the omicron variant of the coronavirus that causes COVID-19.

There have been five cases linked to this variant in the province, after a new case was reported on Monday.

The 47 new cases reported on Tuesday were in the following health zones:

Residence information is pending for a new case.

With 47 new cases, this translates into a test positivity of 3%.

It is also the seven-day moving average for test positivity in the province.