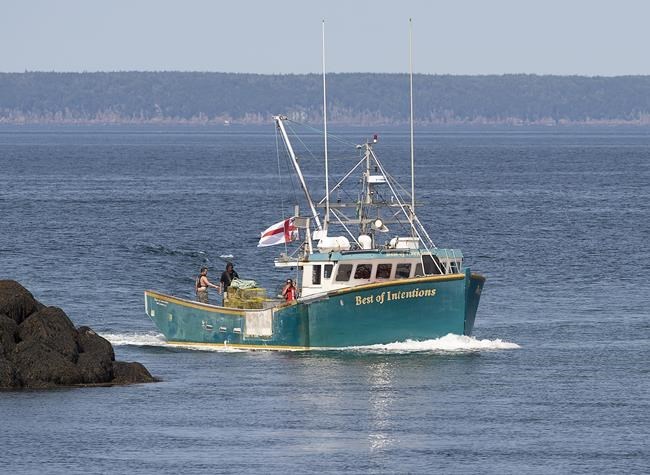 OTTAWA — A new Senate report calls on the federal government to implement Mi’kmaq, Wolastoqiyik and Peskotomuhkati rights-based fishing on Canada‘s east coast and to review its approach to negotiations.

OTTAWA — A new Senate report calls on the federal government to implement Mi’kmaq, Wolastoqiyik and Peskotomuhkati rights-based fishing on Canada’s east coast and to review its approach to negotiations.

One of the report’s 10 recommendations is that discussions with First Nations be immediately transferred to Crown-Indigenous Relations at the Department of Fisheries and Oceans, which is what Indigenous communities are asking for.

“The committee found that Fisheries and Oceans Canada has not been an effective chief negotiator with respect to the implementation of rights-based fisheries,” the report states. He suggests that DFO can act in an advisory capacity.

The Senate Fisheries and Oceans Committee was tasked with studying the issue in February in response to violence that first erupted in southwestern Nova Scotia in September 2020.

At the time, Sipekne’katik First Nation fishers began fishing for lobster outside of DFO’s regulated commercial fishing season, claiming they had a treaty right to fish that was upheld by the Supreme Court’s Marshall decision in 1999.

The decision affirms that First Nations fishers have a treaty right to fish for a living, although the report notes that Canada has never defined what constitutes a moderate livelihood, which has slowed negotiations with indigenous communities.

The federal government has also refused to negotiate moderate subsistence fishing agreements unless they are limited to its regulated commercial season. The Senate committee says Indigenous rights holders also have the right to co-manage and co-govern fisheries.

“Seasonal limits and other restrictions cannot continue to be imposed unilaterally,” the report said.

The report says the public perception of what happened – including that of commercial fishermen – was shaped by misinformation and contradictions that sometimes came from the government.

Since then, DFO and the RCMP have strengthened law enforcement in the region.

DFO reiterated on Monday that First Nations have the right to fish for limited purposes outside of federally regulated fishing seasons, adding that heavy fines await those who prevent them from exercising this right.

Although the federal government recognizes the right of Indigenous peoples to fish for food, social and ceremonial purposes, it will not allow them to sell these catches. In April and May, three individuals and a company were fined over $100,000 for selling lobster caught under these licenses.

To address law enforcement issues, the Senate committee said a panel of experts should create a report on “the prevalence of institutional and systemic racism” in DFO, the RCMP and other agencies. He wants this report tabled in Parliament within a year.

The committee says future work should be based on “true collaboration and a shared decision-making framework.”

The report defines rights-based fisheries as those based on Aboriginal and treaty rights, which “must be within the sole jurisdiction of Indigenous peoples.”

He further clarifies that this does not mean that Indigenous peoples also do not have the right to access commercial and recreational fishing.

The report says the government should implement a three-step plan, starting with working with the three First Nations groups to review and amend “all relevant laws, regulations, policies and practices relating to rights-based fisheries.” to ensure that they are in accordance with the Constitution and the United Nations Declaration on the Rights of Indigenous Peoples.

Then he says that Canada should negotiate nation-to-nation agreements and, finally, create a legislative framework that allows for the implementation of rights-based fisheries.

This report from The Canadian Press was first published on July 12, 2022.